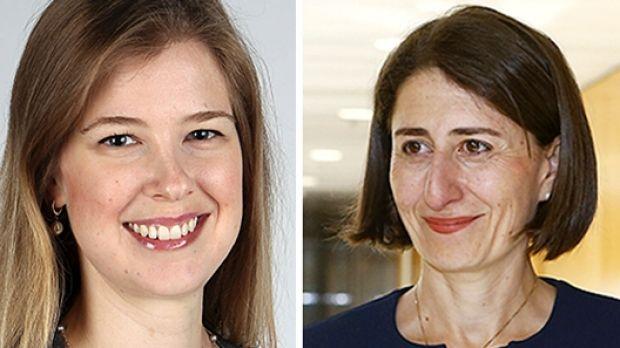 First of all, nerdy-girl fist-pumps to you for taking the top job.

You say you’re “open minded to seeking advice” on how to make housing more affordable.

Great. Here’s my 10-point plan to address both the supply and demand sides of the problem:

Sure, it’s a federal tax, but you can be a powerful voice for change. Mike Baird stuck his neck out on the GST. Now it’s your turn. Remember, a conservative government in the UK just introduced a new maximum tax discount for negative gearing. It can be done.

Instead of a random 50 per cent tax concession on capital gains made from property and shares, we should tax all forms of saving at a uniform rate. This would reduce the incentive for investors to pile into property. Also, it’s just unfair that many first homebuyers have their money sitting in bank deposits, with any interest earned slugged at their full marginal tax rate. Former federal Treasury Secretary Ken Henry suggested a tax discount of 40 per cent should apply to all income or capital gains from all savings vehicles.

You’re gonna love this one! He didn’t say it, but Henry’s reasoning also implies increases in the value of the family home should also be taxed at the same rate. Why should homeowners get a free-ride from rising house prices when workers get taxed on their income from hard work? While we’re at it, the value of the family home, above appropriate thresholds for different areas, should also be included in the assets test for the age pension. You’re welcome.

You heard me. Get government out of the city. Heard of teleconferencing? There is no need for bureaucrats to crowd into the CBD every day. The further politicians are kept from business interests in this state, the better. If we’re going to stop people clinging to the harbour and rapid inner-city home price growth, we need more decentralisation of jobs. You’ll also need to fix traffic congestion too, while you’re at it.

Pretty much every economist agrees taxing land is the most efficient and stable form of taxation. It’s hard to avoid paying the tax – they know where you live. They also agree that stamp duty is pretty much the worst form of tax – it discourages people from moving. Replacing stamp duty with a broad based land tax on all owner occupied housing, with certain thresholds, would provide more incentives for efficient land use, including more subdivision and older people downsizing.

While you’re at it, restructure the land tax regime so that large scale landlords get a tax-free threshold per dwelling they lease out. Currently they are assessed on the total value of their portfolio, and only get the value of one tax free threshold. This discourages bigger, more professional, landlords from servicing the rental market, arguably providing greater security and amenity for renters.

There are already calls for you to extend greater subsidies to first home buyers, by either reinstating first home buyer grants for purchasers of established properties or by increasing the threshold for stamp duty concessions. Stop. Don’t take the easy route. Anything you do to put money in the pockets of buyers, without increasing supply, will only be used to bid up prices. Grants for home sellers, more like.

You’ve already introduced a new tax on foreigners who purchase property in NSW. Make it bigger.

Treasurer Scott Morrison flew to London this week to, among other things, see if a highly successful UK model for boosting the provision of affordable rental housing can be replicated here. The British Housing Finance Corporation helps providers of affordable housing to band together to access cheaper and longer term debt for the construction of new homes. It’s a great idea and well worth exploring.

To the extent that existing homeowners would benefit from new infrastructure to their area increasing their land values, they should be taxed on that increase in value. Again, there should be no unfair windfalls when it comes to property ownership. Revenue raised can be used to fund the projects themselves and not front-loaded as additional costs for new housing developers – costs which are only passed onto buyers.

Don’t actually hurt anyone, but certainly deny them as much oxygen as possible. Overhaul planning rules to make planning approval processes more transparent, quicker and harder for NIMBYs to make vexatious claims. Anyone lucky enough to live in the most beautiful city in the world must be prepared to share.

Look, Gladys, I assume this is all very helpful for you. Feel free to cut out this article and stick it wherever you deem appropriate.

You did ask, though.