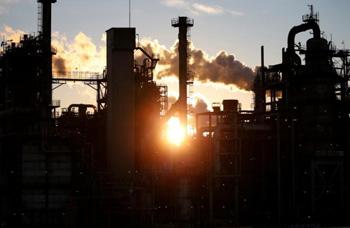 Japanese manufacturing activity expanded in January at the fastest pace in almost three years as export orders surged, suggesting that overseas demand is not as weak as some economists and business leaders had feared.

The Markit/Nikkei Japan Flash Manufacturing Purchasing Managers Index (PMI) rose to a seasonally adjusted 52.8 in January from a final 52.4 in the previous month.

The index remained above the 50 threshold that separates expansion from contraction for the third consecutive month and showed that activity expanded at the fastest since March 2014.

“The Japanese manufacturing sector started the New Year on a strong footing,” said Amy Brownbill, economist at IHS Markit, which compiles the survey.

“The rise in total incoming new orders was driven in part by a sharp increase in international demand, as new export orders rose at the quickest rate in over a year.”

The preliminary index for new export orders rose to 53.2 from a final 51.1 in December, indicating the fastest gain in 14 months.

The flash index for new orders, which measures both domestic and external demand, rose to 54.1 from 53.2 in the previous month, the highest in 13 months.

Some economists have expressed concern about Japan’s economic outlook because its exports could suffer if U.S. President Donald Trump adopts protectionist trade policies.

Trump took office only last week, and there is still a lot of uncertainty about the specific economic policies he will pursue.

The flash PMI index offers evidence that global trade is picking up, which is a benefit for Japan’s export-focused economy.