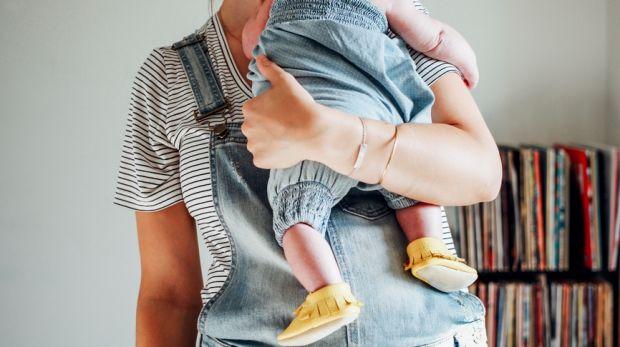 When I found out I was having a boy, after first having a girl, I was delighted.

I had a few insecurities about raising a boy, given I knew so little about them, but I was happy to have a gender balance in our house.

Fast forward to today when that little baby has become a very adorable, cheeky little boy and I’m learning a whole lot more about how difficult “gender balance” really is.

I’m not talking about buying gender-neutral toys and being cool when he wants to wear a princess dress.

Or how we display our love through physical affection. Neither my husband or I have any problem showering our kids with equal amounts of cuddles and kisses.

I’m talking about language. And this is where it gets really hard.

I’ve noticed that in some subtle ways both my husband and I speak differently to our children based on their sex.

Christopher Hunt is a clinical psychologist at the University of Sydney who has researched gender role norms and stereotypes.

“It is often said that language has the power to ‘bewitch’ us. By this, I mean that the words we use often send subtle signals to individuals about how the world looks at them and how they are expected to behave, often without the speaker being aware.”

The language my husband and I use with our kids becomes problematic for me when it’s relating to how our kids are behaving (most specifically, when they’re mucking up).

And they behave quite differently. That’s particularly evident at the moment because she is almost five and he is almost three. He is still small, cute and learning to speak. She is growing, limbs are getting longer, she is more articulate and has a wider range of thought.

My son is “cheeky” and “naughty”. My daughter is “difficult” and “challenging”. And I think those terms are gendered.

Being a cheeky and naughty boy is somehow lighter, more acceptable than being a difficult and challenging girl.

Christopher Hunt says that there are subtle differences in how boys’ and girls’ behaviour is described, even from the womb.

“Studies have shown that once [parents] know the sex of their child they differ in how they describe feeling them move. A boy who is felt kicking is called ‘active’ or ‘a future soccer player’; a girl who is felt kicking is called ‘temperamental’ and ’emotional’ – the same sensation is given a positive connotation for boys and a negative one for girls.

This is something that is often seen throughout childhood – active behaviours in boys are subtly encouraged with positive language, while being discouraged in girls.”

Back in 2014, Facebook chief operating officer Sheryl Sandberg launched an online campaign to ban the word “bossy” when referring to girls. She argued that it limited girls from pursuing leadership positions, that it wasn’t a term applied to boys.

The words we use to our children can have a long-lasting impact, and I only recently realised that I’ve felt its impact too… in a way that seems to echo what I’m seeing in my daughter today.

For some reason I have always felt that (in my family) I am the spoilt, selfish one.

From memory I sulked a lot. Sometimes about not getting certain toys, or maybe attention. And I remember, even as I was doing it, that I felt bad, wrong. Today, no matter how much I value the qualities of generosity and a happy disposition, I feel like I’m cheating, that deep-down I will always be spoilt and selfish.

My daughter can get upset when she doesn’t get what she wants. She can have tantrums. She behaves in ways that seem selfish and ungrateful. But I try my hardest not to tell her she is those things. Because she’s not… she’s also kind-hearted, funny and smart.

We know now that how we speak to children has an impact. Julie Green is the executive director of the Raising Children Network, a Government-funded parenting site with an incredible amount of research behind all of its advice.

“Shaming children can be a source of stress and have negative and longer term effects. It can set up unhelpful patterns of behaviour. When children are young, their feelings of safety and security come from their interactions with parents and other caregivers.”

A child is not a behaviour. Telling a child that they are behaving in a bad way, rather than that they themselves are bad, naughty, spoilt or selfish, is a huge distinction. It’s the difference between acknowledging that their behaviour is transitory, or that it’s permanent, and who they are.

Words are slippery things. They can leave your mouth before you’ve had time to really think about them. Sometimes as a parent there’s just so much going on, you don’t want to think about them.

Christopher Hunt says that, while word choice can seem subtle, the impact can be large, especially when it comes to how we talk to boys and girls.

“The message it sends us all from a very young age is that males should ‘do things’ – they are active in their own lives; whereas girls are ‘looked at’ – they are encouraged to be still, passive and quiet. This subtle message can shape how individuals interact with the world and feel about themselves.”

It’s not an easy process, changing the way we speak, and think.

A friend once said to me, that when it comes to our children we are older, wiser and kinder. As a parent who loves my children, I have the ability to be all of those things.

It’s only by reflecting on my own experiences as a child that I now understand how deeply certain words can become a part of your psyche.

I’m almost 99 per cent sure that I will do something that’s going to mess my kids up in some way. I’m human and therefore flawed. But if there’s one thing I’ve learnt, it’s that while you don’t have to take all the advice that’s flying around about there, it is important to use what resonates with you.

And for me, that’s a simple acknowledgement that words can have deep meaning, and it’s worth thinking about what we say to our children, and why we say it.