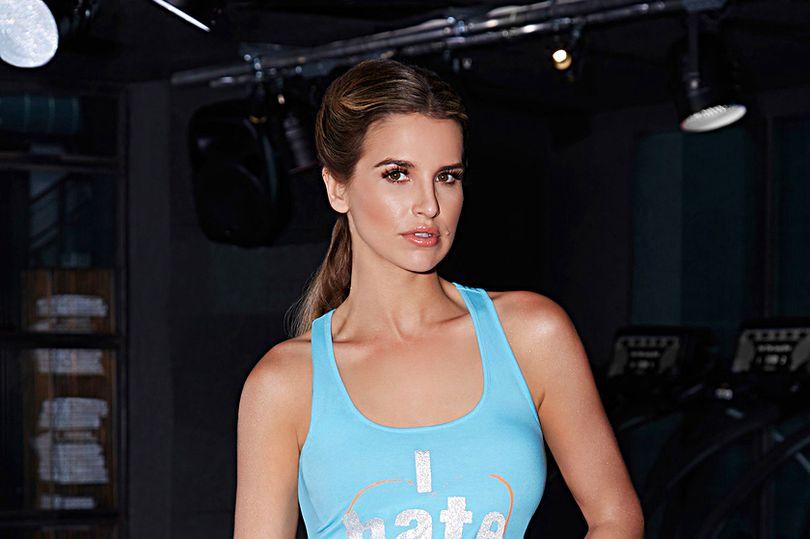 The model, 31, is currently training in Innsbruck, Austria, for the Channel 4 series The Jump

Vogue Williams has joked that flinging herself off a mountain is “very easy” compared with her marriage to Brian McFadden.

The model, 31, is currently training in Innsbruck, Austria, for Channel 4 series The Jump.

And while she admits the grueling preparation has left her “in bits”, it was not the most difficult part of the experience so far for the TV presenter.

When quizzed if her marriage to the Westlife crooner was more difficult than her training for the Jump, Vogue laughed: “You know what? Flinging myself off a mountain is very easy.”

Even though she jetted to Austria last year to visit her ex on the sports programme, the Dubliner admits she did not turn to him for tips and tricks ahead of her turn on the series.

She quipped: “No, I didn’t [ask Brian] – because I’m better at sports than him, so I wouldn’t have gotten any tips off him.”

The DJ has spent the last few weeks training for the winter sports programme alongside a number of familiar faces, including ex-Made in Chelsea star Spencer Matthews.

The pair have set tongues wagging the last few weeks with a series of cosy-looking snaps as they train for the show.

But Vogue, who is training in Austria until mid-February, was keen to play down romance rumors on Monday morning – insisting the former reality TV lothario is simply her top competition for the programme.

She said: “He’s probably the best [contestant] so far, he’s the one I would have to beat to win, definitely.”

The duo were most recently snapped in a pair of almost-matching onesies as they got ready for fellow contestants Lydia Bright and Josie Gibson’s birthday.

But the unusual birthday celebration outfits didn’t go quite as planned.

Vogue told Breakfast Republic: “That was a fancy dress on Saturday night – we all went out for Josie and Lydia’s birthday.

“It was meant to be Austrian themed, but we couldn’t find anything – so we went as Pink Panther and a tiger.”