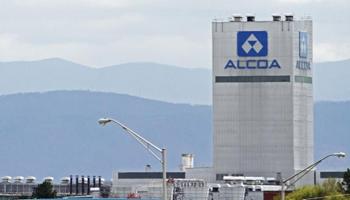 Alcoa Corp (AA.N) reported higher-than-expected revenue in its first quarterly results after the metals company split into two in November, helped partly by a rise in alumina prices.

The producer of aluminum, alumina and bauxite also said it expects a 4 percent growth in global aluminum demand in 2017 even as the market remains modestly oversupplied.

The company’s shares were up 2 percent in after-market trading on Tuesday. The stock has risen 42 percent since Donald Trump’s victory in the Nov. 8 U.S. presidential election.

Alcoa’s results come at an interesting time for the global aluminum industry.

The Chinese government’s stimulus to boost the economy have lifted demand. Added to that, a stimulus package proposed by Trump could further help aluminum producers such as Alcoa.

But there is also the risk of a trade war with China after the outgoing Obama administration launched a new complaint earlier this month against Chinese aluminum subsidies at the World Trade Organization.

Alcoa said it expects bauxite and alumina markets to be relatively balanced in 2017, and “a modest” global aluminum surplus of 400,000-800,000 metric tons due to higher output in top producer China.

Alcoa generated $2.54 billion in revenue in the quarter, beating the average analyst estimate of $2.46 billion, according to Thomson Reuters I/B/E/S.

The New York-based company reported net loss of $125 million, or 68 cents per share, for the fourth quarter ended Dec. 31.

Aluminum prices climbed to a 20-month peak earlier on Tuesday after reports of potential capacity cuts in China.

Alcoa’s spun-off unit Arconic Inc (ARNC.N), which provides aluminum and titanium alloys used in planes and cars, is expected to report on Jan. 31.

(Reporting by Sruthi Shankar and Sweta Singh in Bengaluru; Editing by Saumyadeb Chakrabarty)