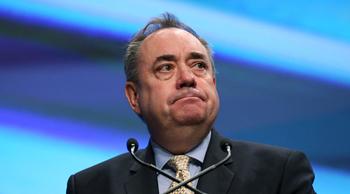 The Scottish National Party has welcomed a High Court ruling that will force the Brexit-triggering Article 50 to pass through parliament, as its foreign affairs spokesman Alex Salmond told RT they plan to challenge the government on every aspect of the deal.

“It’s a massive defeat for the government,” the former SNP leader said, speaking from the Council of Europe in Strasbourg.

Accusing the ruling Tory party of trying to act “like thieves in the night” by attempting to circumvent parliament in triggering the Article 50 of the Treaty of Lisbon, which will officially kick-start Brexit negotiations with Brussels, Salmond expressed confidence that his party would be able to shape the terms of the UK’s exit.

“There is no legislation in history that’s been incapable of amendment. We’ve already got 50 amendments ready and waiting, substantive amendments, on Article 50,” said Salmond, who retains his MP seat at Westminster.

The amendments will demand that the government publish its Brexit negotiating tactics before triggering Article 50, and ask the UK to soften the impact of its separation from the EU, and remain inside it, if no deal can be reached after the requisite two year negotiation period.

“The question is what type of Brexit…Theresa May has no mandate to take the country out of the European Single Market – that wasn’t on the ballot paper during the vote, nor does she have the right to ride roughshod over the opinions of the nations of Scotland and Northern Ireland, who voted very substantially in favor of Remain,” said Salmond.

“This is a long way from being over,” he added, stressing that May will have to take into account the interests of Scotland.

Salmond reminded that the Brexit may be a game-changer for Scotland’s own independence referendum. In 2014, some 55 percent of Scots voted for staying in the UK and nearly 45 percent voted to leave, but Salmond predicts that a new referendum could be held within 2 years in the event of “loss of jobs and prosperity in Scotland.”

“In these circumstances [of] Theresa May flinging down the gauntlet, she can expect [Scotland’s First Minister] Nicola Sturgeon to pick it up,” he said.

In contrast to Salmond, David Davis, the secretary of state for exiting the EU said that a “straightforward” Brexit bill, which would narrowly focus on triggering Article 50, could be presented to Parliament as soon as Thursday.

A part of the High Court ruling stated that May’s government would not have to obtain assent from the Scottish National Assembly, and other regional parliaments to exit the European Union, in what Salmond described as a betrayal of guarantees offered prior to the independence referendum. Nonetheless, speaking to RT, Salmond insisted that England must respect Scotland as an economic partner, if not as a political entity.

“Theresa May is fawning to Donald Trump, desperate to get a trade deal with the United States. But Scotland is the second biggest market in the world to England after the US, and the biggest in the whole of Europe, so perhaps Theresa May should do some fawning to Nicola Sturgeon,” Salmond said.