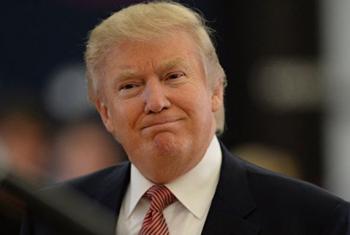 A big question about President Trump is whether he will live up to promises to pull back from military interventionism or will find military adventures a way to boost his popularity, says ex-CIA analyst Paul R. Pillar.

Now that Donald Trump has assumed power, we will start to see demonstrations of how futile it was to have tried to project a direction of his policy, including foreign and security policy, on the basis of his tweets, blurts, and campaign speeches. Of course, such projection is what those of us in the commentariat normally do, but this is not a normal president.

Anticipation of the direction of policy ordinarily can be discussed in terms of grand strategies and schools of thought, but not so with Trump. With most presidents, attracting crowds and support and votes in a campaign is a gauntlet that must be run to serve the nation in its highest office. With Trump, attracting the crowds and support is what it’s all about.

A good take on what makes the new president tick, and what this does or does not mean for protecting the nation’s interests during the next four years, is an interviewwith three Trump biographers (Gwenda Blair, Michael D’Antonio and Tim O’Brien) in Politico. The biographers agreed that there has been no indication Trump can separate the interests of the country from personal pique.

As O’Brien put it, “The whole thing has been a vanity show … He’s been unable to find a clean division between his own emotional needs and his own insecurities and simply being a healthy, strategically committed leader who wants to parse through good policy options and a wide series of public statements about the direction in which he’ll take the country.”

Lest there had been any idea that Trump finally would leave the campaign mode once he took office, he dispelled that idea in his first 20 minutes as president with his carnage-filled, it’s-midnight-in-America inaugural address.

And if any such idea persisted into his first full day in office, he further dispelled it with an appearance at CIA headquarters, in which he touched only briefly on the mission and contributions of the agency he was visiting and otherwise delivered a typical Trumpian stream-of-consciousness about the size of his support and how great his appointments were. Standing in front of the agency’s memorial wall that honors officers who have died in the line of duty, Trump did not focus on the significance of that place but instead was intent on criticizing the media for allegedly downplaying the size of the crowd at the inauguration event the previous day.

It evidently is a matter of special sensitivity for him — and more important to him than recognizing those who have made sacrifices in service to their country — that his crowd was smaller than for Barack Obama’s 2009 inauguration and also much smaller than the women’s march in Washington that was taking place as he was speaking and that itself was only one of numerous parallel demonstrations across the country.

The grim and gruesome picture that President Trump painted in his inaugural speech is far removed from reality, not only regarding the economy but also regarding subjects such as crime, which is less of a problem now than in most previous decades. The economy is, of course, in far better shape than it was when Mr. Obama took office eight years ago.

The false darkness of Mr. Trump’s picture of the state of the nation can play either of two different ways for him in the years ahead. One possibility is that even if reality stays more or less the same as it is now, he can contrast future reality with his own negative picture of today and claim credit for improvement regardless of whether any such improvement occurred or not.

But the other possibility is that his artificially dark picture of today raises all the more people’s expectations of improvement, and regardless of his claims it may be difficult for him to persuade people that things actually have improved. It is harder for statistics, on matters such as wages, to lie as easily as it is for politicians to do so. And individual Americans can feel directly whether their own lots have improved or not.

Such inflated expectations are one ingredient in possible big drops in Trump’s support. Another is the incongruity between his own promises and some of the policies he has suggested, involving such things as how a trade war would affect the cost of living and how upper-bracket tax reductions would see the working class fall farther behind. Yet another ingredient is the natural business cycle, bearing in mind that right now the stock market is near record highs and unemployment is as low as it has been in nearly a decade.

There is a long history of political leaders, especially demagogic ones, who face weakening domestic support looking to foreign adventures to divert attention from problems at home, to rally nationalist sentiment, and to reap the benefits of popularity for the leader who is doing the rallying. One thinks, for example, of Benito Mussolini’s conquest of Ethiopia. He was seen as making Italy great, and he enjoyed a big boost in popularity within Italy.

Similar dynamics could come into play with a domestically beleaguered Donald Trump. Trump’s comments during the campaign suggesting a less interventionist orientation than previous administrations were just like many other of his campaign comments in appealing to discontents of the moment. He was especially trying to capitalize on dissatisfaction with the disastrous Iraq War, going so far as to lie about his own purported opposition to the invasion of Iraq.

His comments that sounded like an intention to retrench were no more part of a carefully constructed worldview or grand strategy than are any other things he has said. Other comments of his seem to go in a different direction, such as his promise to “bomb the s*** out of” ISIS.

If one is to hang larger conclusions on fragments of Trump’s speeches, one might also consider some other lines in the inaugural address. There was the one alleging “a very sad depletion of our military,” notwithstanding that the United States spends more on its military than the next six largest armed forces in the world combined. If President Trump and the Republican majority in Congress really were to devote still more resources to the military, voices both inside and outside the administration are bound to start asking the Madeleine Albright question, “What’s the point of having this superb military if we can’t use it?”

There also was the promise regarding “radical Islamic terrorism, which we will eradicate completely from the face of the earth.” That is an impossible promise to fulfill, and so there always will be some target bearing that label to go after.

Right now all of this is speculation. But so has been projection of a less interventionist future based on the tweets and blurts and campaign speeches. What actually transpires will depend not only on the vicissitudes of presidential narcissism but also on interplay yet to develop between the President and his most influential subordinates.

Those commentators who have been repelled by the hegemonic inclinations of the Washington consensus or by the hawkishness of Mr. Trump’s general election opponent and who have hope for fewer foreign misadventures may be in for some unpleasant surprises.