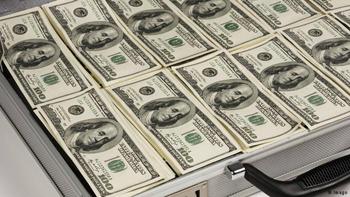 Transparency International has voiced fears that a global rise of populism risks undermining the fight against corruption. The anti-graft watchdog has warned of a backslide in the United States under President Trump.

Coinciding with the publication of its annual Corruption Perceptions Index, Transparency International (TI) warned on Wednesday that “populism is the wrong medicine.”

For its 2016 index, the watchdog ranked 176 countries on a scale of 0-100, where zero means very corrupt and 100 signifies very clean. The data is based on surveys from the World Bank, the African Development Bank, the Economist Intelligence Unit and other bodies.

“In countries with populist or autocratic leaders, we often see democracies in decline and a disturbing pattern of attempts to crack down on civil society, limit press freedom and weaken the independence of the judiciary,” TI chairman Jose Ugaz said.

“Instead of tackling crony capitalism, those leaders usually install even worse forms of corrupt systems,” he added.

According to the watchdog’s findings, both Turkey and Hungary and “countries that have seen the rise of autocratic leaders” have slipped in the corruption rankings in recent years.

In order to tackle the inequality and systemic corruption that have proved such “fertile ground” for populists, the Berlin-based group said deep-rooted” reforms were needed worldwide.

In an interview with DW, TI research director Finn Heinrich said it was concerning to see that on the whole more countries had deteriorated than improved since 2015.

The group’s report also highlighted the link between social inequality and corruption – a trend that can be observed not only in individual countries but on a global scale.

“For me, as a researcher, the close link between inequality and corruption was surprising,” Heinrich told DW. “They go hand in hand, creating a diabolical cycle with more corruption and more inequality.”

The damage inflicted every year by corruption is immense, Heinrich added. As an example, he cited the supposedly earthquake-resistant buildings in Italy, which – due to corruption – were built so poorly that they collapsed during last year’s earthquake.

Another example is the Rana Plaza textile factory in Bangladesh, which was been expanded by three floors without a building permit or statics test before collapsing.

“Corruption can be deadly, and we know that corruption costs the public funds a lot of money, which is urgently needed elsewhere,” Heinrich said. “We are convinced that corruption is one of the most devastating public problems in the world.”

Less than a week since Donald Trump’s inauguration as US president, fears are also mounting about the situation in the United States, which dropped two places in this year’s index to the 18th spot. With a score of 74 out of 100 the US suffered a two-point loss on the previous year.

Throughout his campaign, which ultimately led to election victory on November 9, Trump railed against the political “elite” and promised to clean up corruption in Washington.

Given Trump’s business conflicts, however, as well as his attacks on the media and refusal to release his tax returns, Heinrich said he was “not hopeful” that the Republican would live up to his campaign pledges.

“When you see that Donald Trump has put his son-in-law as a senior advisor that smells off,” he told AFP.

“His whole cabinet is full of conflicts of interest. He said he would drain the swamp. The first signs show that he would rather water it.”

In Africa, researchers found no substantial change, with countries such as Nigeria, Zimbabwe, Kenya still attaining less than 50 points.

TI’s Africa Regional Advisor, Samuel Kaninda told DW that “the average score for Africa remains quite below the overall average, which points to systemic corruption.”

Despite small improvements in countries such as Sao Tome and Cape Verde, the advances were not substantial enough to conclude that things have changed substantially for the better, Kaninda said.

New Zealand and Denmark shared the number one spot with a score of 90 points, with Finland, Sweden, Switzerland and Norway rounding out the top five of squeaky clean nations.

Strife-torn Somalia was the worst offender in the list – rounding off a decade of continuously occupying the bottom spot – followed by South Sudan, North Korea and Syria.

Qatar suffered the biggest fall in the 2016 Index, falling 10 points since 2015. TI put the huge decrease down to the corruption claims that have beleaguered the country’s 2022 FIFA World Cup bid.