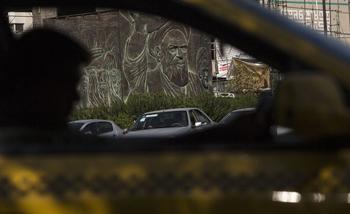 Saudi Arabia will work with the Trump administration to contain Iran while strengthening ties with the U.S., Foreign Minister Adel al-Jubeir said.

President Donald Trump has “spoken about containing Iran and its ability to cause mischief, and making sure that Iran abides to the agreement that was signed,” al-Jubeir said at a news conference in Riyadh on Tuesday, referring to the Islamic Republic’s nuclear deal with world powers. “This is exactly our position.”

Trump has vowed to dismantle or renegotiate the accord that lifted international sanctions on Iran last year, unlocking its oil exports. Such a move would be welcomed by Saudi Arabia, which opposed the agreement and has cut diplomatic relations with Iran, its chief rival in the Middle East. The two countries back opposing sides in wars in Syria and in neighboring Yemen, where a Saudi-led coalition has carried out intensive airstrikes since 2015 and deployed a limited number of ground troops.

At the World Economic Forum in Davos, Switzerland, last week, Iranian Foreign Minister Mohammad Javad Zarif said his country and Saudi Arabia can work together for the stability of the region. But Al-Jubeir didn’t speak of cooperation on Tuesday, sticking to Saudi Arabia’s position that Iran “had adopted a policy of supporting terrorism.”

Saudi Arabia, the world’s biggest oil exporter, may see the Trump administration as an opportunity to reset strained ties with the U.S. The kingdom has faced rising criticism over the export of its fundamentalist strain of Sunni Islam, the war in Yemen using American weaponry and other human rights concerns. Former-President Barack Obama publicly accused the Saudis of fueling unrest and proxy wars in the Middle East.

Trump “has made it his objective to rebuild traditional alliances or alliances with traditional American allies, and this is something that we also welcome,” al-Jubeir said. “We look forward to working with the Trump administration and we are very positive about the future of the U.S.-Saudi relationship.”

“They are highly experienced and they have a very realistic and wise view of the world and of America’s role in it,” al-Jubeir said. Flynn is “an American patriot” who is “very concerned about the security of the United States,” he added.