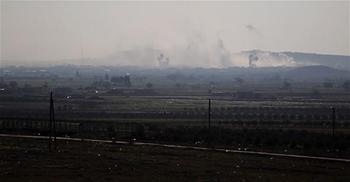 Turkey will not hand over control of Al-Bab to the Bashar al-Assad regime after it clears the town of Islamic State of Iraq and the Levant (ISIL) jihadists, Deputy Prime Minister Kurtulmuş has stated.

“Al-Bab belongs to the people of Al -Bab,” Kurtulmuş told state-run Anadolu Agency, stressing that local people must be in charge of running the town, as in Jarablus.

He denied claims that Turkey will conduct its military offensive on Al-Bab and then leave it in the hands of regime forces.

“The Euphrates Shield Operation to Al-Bab is not an operation that aims to clear the area and then hand it over to the regime,” Kurtulmuş said, adding that the offensive is about “Turkey’s national security.”

“It is an operation to protect the borders of Turkey and to immediately eliminate the threats to Turkey south of the border,” he said.

The deputy prime minister recalled mortar shells fired by ISIL into the southern Turkish province of Kilis and noted that YPG elements, which Turkey sees as an offshoot of the outlawed Kurdistan Workers’ Party (PKK), were leaking into Turkey through the border.

“The main purpose of this operation is to clear the cities there and to hand over those cities to the local people. Jarablus is a successful example of that,” he noted, also reiterating that the anti-ISIL coalition forces have failed to support Turkey’s Euphrates Shield Operation.

“The problem is not only about Al-Bab. From the very beginning the Obama administration has not had a plan for resolving the Syrian crisis,” Kurtulmuş said, while expressing hope that the new Trump administration in Washington will make efforts in favor of the people of the region.

It has been speculated that the Russia and Turkey have been discussing the possibility of a Syrian regime offensive into Al-Bab, which Turkish army-backed forces have been besieging for weeks against stubborn ISIL resistance.

More than 40 Turkish soldiers have been killed in the offensive on Al-Bab, where Free Syrian Army (FSA) fighters backed by the Turkish army have reached the town’s western and northern outskirts. 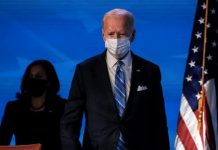