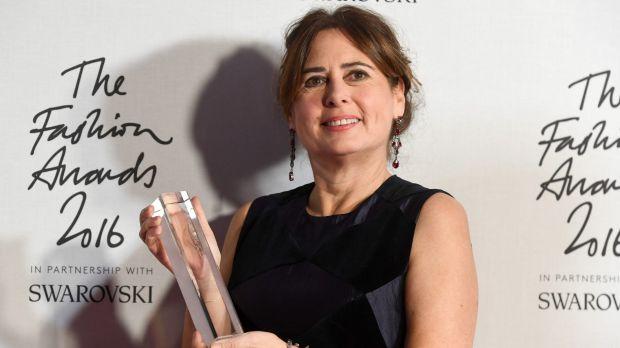 They both have first names beginning with ‘A’ but US Vogue editor Anna Wintour and British Vogue editor Alexandra Shulman couldn’t be more different.

As the thinly-veiled inspiration for Meryl Streep’s character Miranda Priestly in The Devil Wears Prada, Wintour is known for her perfectly coiffed hair, wearing sunglasses indoors, breaking designers and staff with her steely gaze and even playing tennis at 5.45am.

Shulman, on the other hand, has a more relatable appearance and the self-deprecating humour to go with it. She has cheerfully recounted to the press the time a newspaper story describing the various Vogue editors around the world had her pegged as a “chain-smoking 50-year-old Toyota-driving divorcee”.

But she’s no less influential, with her decision to step down after 25 years at the top of Britain’s fashion bible making waves internationally.

The magazine announced her departure this June overnight, with Conde Naste managing editor Nicholas Coleridge saying Shulman had been the “most successful editor of Vogue in its 100-year history”.

“She has been the towering figure of the British fashion press throughout her tenure: a superb journalist and editor, who understands and exemplifies every quality.”

Here are 10 other reasons why the world needs more magazine editors like Alexandra Shulman.

Shulman ran Kate Moss on the cover of British Vogue 27 times, more than any other cover star. Most recently, she was on the cover in May 2016. Don’t be surprised to see Moss on one more cover before Shulman closes her last issue.

While Wintour has played a huge part in making Vogue the international brand it is, so much about the magazine’s identity is wrapped up in its iconic leader, sometimes to the point of distraction. In her 25 years at Vogue Shulman has made plenty of careers through her eye for talent and knowledge of fashion but it hasn’t always been about her.

There is a scene in the BBC documentary Absolutely Fashion: Inside British Vogue in which editor Alexandra Shulman makes the call to bring forward her Rihanna cover, scheduled for May 2016, to April after learning “another magazine”, later revealed to be US Vogue, has Rihanna scheduled for the same month. Take that, Anna.

Shulman famously wrote to designers in 2009 to persuade them to stop making “miniscule” sample sizes, which were even too small for some of the top models at the time. Shulman also supported body diversity by featuring model Ashley Graham on the cover of the January 2017 issue, despite some designers refusing to dress the beauty.

Once considered the poor cousin of New York, Paris and Milan, Shulman almost single-handedly raised the status of London Fashion Week by lobbying designers to show, and insisting the international scheduling bodies give London its time in the sun.

In November 2016, Shulman did the very un-Vogue thing of publishing an entire edition filled with real women, not models. Although the actress Emily Blunt was the cover star, the fashion editorial pages were made entirely of regular women.

Having featured Princes Diana on the cover on several occasions, Shulman secured Kate Middleton for the cover of the magazine’s 100th edition. In the BBC documentary, one of the best scenes features Shulman and creative director Jaime Perlman working on an illustrative cover, which was just a ruse. Only three people, plus the photographer, knew about the Duchess of Cambridge’s appearance until after the magazine was printed. It was a massive coup, handled with class.

Proving you can pat your head and rub your tummy at the same time, Shulman has found time in her Vogue world to write two books. Expect more.

Further evidence she doesn’t fit the magazine editor’s stereotype, Shulman, who shared details of a breakdown before she took the Vogue job, said she separates work and home by switching off when she leaves and not becoming personal friends with fashion designers.

After overseeing the magazine’s centenary celebrations, including an exhibition Vogue 100: A Century of Style at the National Portrait Gallery, the time was right for Shulman to step aside. “I realised that I very much wanted to experience a different life and look forward to a future separate to Vogue,” she said. Now talk is centred on her possible replacement, with names in the mix including Emily Sheffield, Shulman’s deputy and the sister of former first lady Samantha Cameron, as well as editors of other Conde Naste titles.