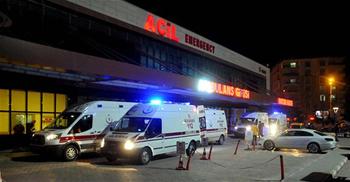 One Turkish soldier was killed and five others were wounded on Jan. 25 during the ongoing Euphrates Shield operation in northern Syria, state-run Anadolu Agency has reported.

Specialized sergeant Kerem Çalışkancı was killed in clashes with the Islamic State of Iraq and the Levant (ISIL) militants in the al-Bab and Kabr al Mukri regions of northern Syria at around 5 p.m. on the 155th day of the operation.

The wounded soldiers were immediately rushed to hospitals in the border provinces of Kilis and Gaziantep.