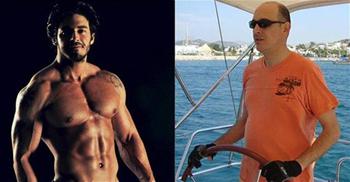 Prosecutors demanded a 61-year jail sentence for a man who sent a bomb-laden package to his father on Nov. 11 on charges of “deliberate attempted murder,” “using explosive material spreading fear, panic and concern” and “keeping explosive materials without permission.”

The suspect, Alican Kurdaş, personally delivered a package to his father’s company office and surveillance camera footage shows the package exploding while he was leaving the scene, the indictment states.

The father, Osman Özdemir Kurdaş said in his testimony that his son was working with him for a salary of 6,000 Turkish Liras but often complained of earning too little.

Kurdaş also said he had not gone to work for the three or four days before the attack, stating that his ex-wife had called to warn him.

The blast occurred at a four-story building at an electronics and engineering company owned by businessman Osman Özdemir Kurdaş in the Zümrütevler neighborhood of Istanbul’s Maltepe district on Nov. 11.

The package was delivered to the company by a courier at 2 p.m. and exploded after Osman Kurdaş opened it.

His arm was severely injured in the attack, while the company CEO and one other person were also taken to hospital after being wounded.