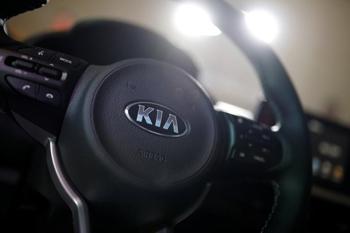 Kia Motors (000270.KS) said on Thursday it is drawing up a contingency plan to cope with the policies of U.S. President Donald Trump, reflecting growing wariness by Asian exporters about the prospect of U.S. protectionism.

Trump has promised to revive U.S. industrial jobs by forcing automakers to stop making cars in Mexico, threatening to tax imports and promising to make it more attractive for businesses to operate in the United States.

“We acknowledge that there are a lot of concerns about the uncertainty stemming from the new U.S. administration,” Han Chun-soo, Kia’s chief financial officer, said during an earnings conference call.

“While closely monitoring its policy directions, we are preparing to respond by setting up a step-by-step, scenario-based contingency plan.”

Trump has warned German carmakers and Japan’s Toyota (7203.T) of a “big border tax” if they build cars for the U.S. market in Mexico. So far however he has not commented on the South Korean carmakers’ plans.

Kia plans to more than double its Mexico output this year to 250,000 vehicles and aims to boost U.S. sales by 8 percent to 699,000 vehicles. Hyundai and Kia together rank fifth in global car sales.

Hyundai Motor on Wednesday said it expected competition and protectionist measures to increase, after posting its lowest quarterly profit in about five years.

Hyundai Motor group, which includes Kia, last week said it planned to lift U.S. investment by 50 percent to $3.1 billion over five years and could build a new plant there.

Kia on Thursday said it planned to launch a small sport utility vehicle in South Korea this year, in a bid to take advantage of a booming segment.

The model would be a “crossover utility vehicle (CUV)” based on its Pride sedan, also known as the Rio, the carmaker said without elaborating.

It also planned to introduce a small SUV in Europe this year, it added.