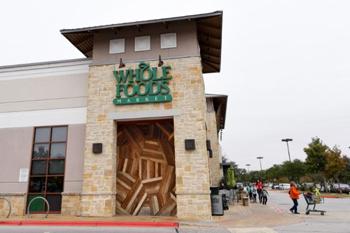 The three kitchen facilities are in Everett, Massachusetts, Landover, Maryland and Atlanta, a company spokeswoman said in an emailed statement.

The closures will affect about 500 jobs, but Whole Foods said it expects to place most of the employees within the company or with its suppliers.

In June, U.S. food safety regulators warned the grocer that inspections at its Everett plant turned up violations that could result in food being “contaminated with filth or rendered injurious to health.”

The Austin, Texas-based company has reported five quarters of falling sales at established stores, and while the decline may be easing, Whole Foods faces intense competition from retailers ranging from Kroger to Wal-Mart Stores Inc (WMT.N) and Amazon.com Inc (AMZN.O).

In November, Whole Foods said its co-founder John Mackey would resume his job as solo chief executive six years after he split the role with co-CEO Walter Robb, known as the businessman who carried out Mackey’s vision.

(Reporting by Abinaya Vijayaraghavan in Bengaluru; Editing by Gopakumar Warrier)