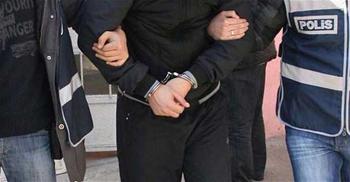 Police have arrested 11 suspected Islamic State Iraq and Levant (ISIL) members in connection with a deadly attack on an Istanbul nightclub in the early hours of the new year, a police official said Jan. 26.

The suspects are women of foreign nationality, the official said on condition of anonymity due to restrictions on speaking to the media.
Police said the women possessed fake passports, false Syrian identities and were planning terror attacks at tourist locations in İzmir.

The women are among 21 suspects who were detained Jan. 4 by counter-terrorism officers at four addresses in the Bornova and Buca districts of İzmir.

Investigations are underway on the remaining 10 male suspects.

All 21 suspects are believed to have lived in the Central Anatolian province of Konya with the suspected attacker of the Istanbul club, Abdulkadir Masharipov, according to officials.

Police said they found a GPS device at one address that was used in conflict areas, adding that ISIL members determined meeting points by positioning each other with the device.

The suspects were in contact with ISIL in conflict areas, according to police. They also gave the impression that they had rented a house with their families and were living a normal life in İzmir, police added.

Night vision equipment, a sniper scope, an ammunition belt and other military equipment were also found during the raids, according to police.

At least 39 people, including a police officer, were killed when Masharipov allegedly opened fire at the Reina nightclub in the Ortaköy neighborhood at about 1:15 a.m. on Jan. 1.

Masharipov was captured last week on the outskirts of Istanbul late on Jan. 16.