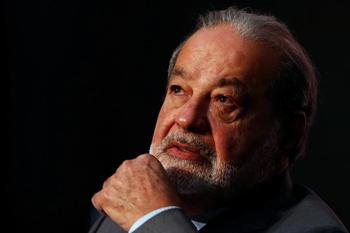 Mexican mogul Carlos Slim, who was attacked by President Donald Trump during his election campaign but who later met with the U.S. leader in Florida, on Thursday called a press conference for Friday amid growing tensions between the two nations.

The rare news conference, in which a spokesman said Slim would take reporters’ questions, comes as Mexico wrestles with Trump over the highly divisive proposition of a border wall and threats to trade between the two neighboring countries.

Trump has consistently riled Mexicans by pledging to build a wall on the U.S. southern border and make Mexico pay for it, as well as threatening to ditch a joint trade deal and impose punitive tariffs on Mexican-made goods.

Those pledges sparked criticism from business leaders including billionaire Slim, who said Trump’s plans could destroy the U.S. economy. But following the Nov. 8 election, Slim offered a more upbeat take, saying that if Trump succeeded, it would be good news for Mexico.

In December, after Trump won the U.S. election, the two men dined at Trump’s Mar-a-Lago resort in Florida, with Arturo Elias, Slim’s son-in-law and spokesman, saying the meal was “very cordial and with a very good vibe for Mexico.”

Slim, the top shareholder in The New York Times Co (NYT.N), is one of the world’s richest people, with an empire that encompasses telecoms, mining, banking and construction.