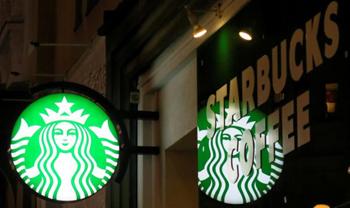 Starbucks’ coffee shops are suffering from a feared consequence of the mobile revolution: the digital world can dump an avalanche of orders in a short period of time, creating delays and lines that scare away customers.

Starbucks Corp is an early adopter of mobile order and payment technology that the U.S. restaurant industry hopes will boost sales while reducing the burden of rising labor costs.

But baristas at the company’s busiest cafes had difficulty keeping up with mobile orders in the latest quarter, creating bottlenecks at drink delivery stations and leading some walk-in customers to walk out.

Starbucks on Thursday trimmed its full-year revenue forecast and posted a smaller-than-expected rise in quarterly sales at established restaurants in the Americas, sending its shares down 3.8 percent in after-hours trade.

“It’s a high-quality problem” that Starbucks is up to the task of addressing, said AB Bernstein analyst Sara Senatore. She noted that the company found a workaround a few years ago after service slowed when baristas started warming La Boulange pastries for customers.

“We are now laser-focused on fixing this problem, but the nature of it – too much demand – is an operational challenge we have solved before and I can assure you we will solve again,” Chief Executive Officer Howard Schultz said on a conference call.

Earlier this week, Starbucks began adding one to two more baristas focused on mobile orders and payment at some of its top volume cafes during peak hours, spokeswoman Linda Mills told Reuters.

News of the operational challenges came as Starbucks reported that traffic, also referred to as transactions, at its U.S. cafes slumped during the latest quarter.

Part of that result was due to the fact that the company changed from a loyalty program based on transactions to one based on dollars spent. That switch was designed to address lines at pay stations, where service was slowing because the prior set-up encouraged some customers to game the system by purchasing multiple items via multiple transactions rather than just one.

Stephens analyst Will Slabaugh expects Starbucks to work the kinks out of mobile ordering and pay, but remains concerned about the broader restaurant demand environment.

“This was one of the worst retailing months of December that we’ve ever seen,” Slabaugh said.