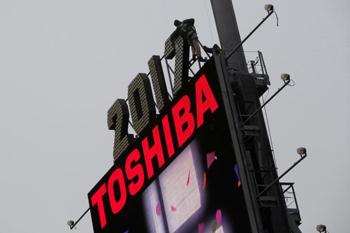 Toshiba Corp’s (6502.T) board on Friday approved plans to make its core chip business a separate company and seek outside investment in it, aiming to avoid being crippled by an upcoming multi-billion dollar writedown for its U.S. nuclear business.

Toshiba estimates the value of its chip business – the world’s biggest NAND flash memory producer after Samsung Electronics (005930.KS) – at 1-1.5 trillion yen ($9-13 billion), a person with direct knowledge of the matter has told Reuters.

The partial sale of its chip business would provide a lifeline for Toshiba as a massive charge could wipe out shareholders equity at the end of the financial year in March.

Toshiba has said it will unveil the size of the writedown on Feb. 14 when it reports third-quarter results.

Potential investors in the chip business include private equity firms as well as business partner Western Digital Corp (WDC.O) and the government-backed Development Bank of Japan (DBJ), sources have said.