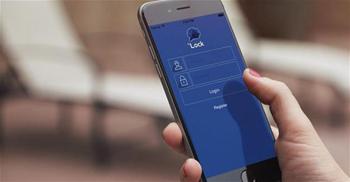 Turkey will prepare a new list about the users of the Bylock mobile messaging application whose users are suspected of being linked to the Gülen network, after Ankara secured cooperation with Lithuania, where the server of the app is based, upon Russian initiatives.

The National Intelligence Organization (MİT) had in May 2016 found that there were 18 million texts and 3.5 million e-mails shared through the app, and also reached partial information regarding users of the Bylock application, the server of which was detected in Lithuania.

Back in September 2016, Hürriyet Daily News reported that the MİT’s cyber team had hacked the server in Lithuania and transferred all signed-up IP’s to the headquarters in Ankara.

“There were a total of 215,920 registrars. Intelligence officers were able to name 165,178 of them by the beginning of September. Sources say it is getting difficult because some of them – suspected of being higher up in the hierarchy – were using SIM cards and ADSL lines registered under other names,” wrote editor-in-chief Murat Yetkin.

However, the MİT’s demand to access further information and details about the application’s users was unsuccessful.

Lithuanian officials are reported to have recently decided to cooperate with Turkey on the issue, following a Russian initiative after the assassination of its top envoy to Turkey, Andrey Karlov, in Ankara in December 2016. Turkish government officials have accused the Gülen network of being behind the assassination.

Karlov was shot dead on Dec. 19, 2016 while he was delivering a speech at an art gallery in Ankara. His killer was 22-year-old police officer Mevlüt Mert Altıntaş, who was also killed at the scene by police officers.

The Gülen network, led by U.S.-based Islamic preacher Fethullah Gülen, is widely believed to have orchestrated the July 12, 2016 coup attempt in Turkey.

Following the Karlov assassination, Lithuania reportedly provided Turkey with the information of around 150,000 Bylock users, and with this new information Turkish officials are set to prepare an updated list of suspects linked to the Gülen network.