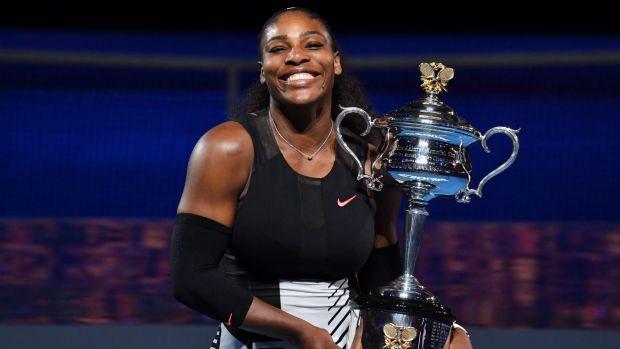 Venus Williams began the Australian Open final by putting her arms around the shoulder of younger sister Serena as they posed for a pre-match portrait at the net.

Two sets and 90 minutes later, she finished by coming around the net post to hug Serena by way of congratulation for her seventh Australian title, her 23rd major title and her reclamation of the No.1 ranking.

Venus was no less proud than the winner. “Serena,” said Venus on the podium, turning to face her conqueror. “That’s my little sister, guys.” In any other circumstances, Serena would be Venus’ nemesis. In the Williams’ world, she is just ‘sis’.

They came and left as sisters, inseparably, but they engaged as tennis players, the No.1 player in the world and the No.17, an all-time great and a standard seven-major great, the perennial favourite and the bolter of this tournament, and that is how it played out.

Venus’ had been the fairytale of these championships, but she well knew herself that it came with no guarantee of a happy ending. She is 36, after all, old enough to be a tennis mum.

In play, Serena and Venus suspended sisterly affection. Between points and games, there were signs. It was subtly evident: muted celebration of one’s own good shot, extra acknowledgement of the other’s. Neither would show the other her game face, nor rub the other’s face in it. Flaunting would be for Maria Sharapova and Angelique Kerber and another day.

No exclamation escaped either’s lips until Serena’s squeal of delight when at last the deed was done. Even then, it was mid-strength and cut short.

Stifled emotion might have fed into the shape of the match, which was erratic and arrhythmic to start. Four breaks of serve, studded with double faults, acted as the overture. It was as if neither would, could or dared let her game flow.

At one point, Serena took out her frustration at a piece of net-cord bad luck by dashing her racquet into the court, breaking it and incurring a warning. Venus looked on, po-faced. A long time ago, she might have reported this to their mother, Oracene, who might have told Serena she would have to buy her own replacement racquet. Now, she would buy the racquet company.

As match progressed, Serena warmed to her work and Venus felt the heat. 6-4, 6-4 was more or less what could have been expected.

Serena now has just one fewer major trophy in her collection than Australia’s Margaret Court, whose 24 is the record, and who was courtside last night. As her quest continues, she will have Venus where she said she always is, by her side, sometimes in spirit, sometimes as a doubles partner and every now and then on the other side of the net. They make a formidable force.

Still, in families, boasting rights comes in all forms. At the net, in the formalities and when posing again for photographers, Venus would have been forgiven for thinking to herself: “Yeah, but I’m still taller than you. ” Also: “No, you can’t borrow my dress.”