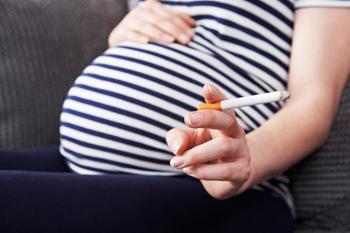 Attention deficit hyperactivity disorder is a condition that affects millions of children and often continues into adulthood.

Children with attention deficit hyperactivity disorder (ADHD) have trouble paying attention, and they often display hyperactive and impulsive behaviors. These characteristics of ADHD often affect the child’s relationships with family, friends, and teachers.

What age does ADHD begin, and are there symptoms that can be seen in infants and toddlers? At this early stage, is there anything that can be done to treat ADHD?

What age are children diagnosed with ADHD?

According to the Centers for Disease Control and Prevention (CDC), around 6.4 million children between the ages of 4 and 17 are diagnosed with ADHD in the United States.

In 2011, the American Academy of Pediatrics (AAP) expanded their guidelines for diagnosing and treating ADHD from children aged between 6 and 12 to include preschoolers and adolescents aged 4-18. However, there are no clinical guidelines to diagnose children under the age of 4 with ADHD.

Is there evidence that ADHD can be diagnosed in toddlers?

Although AAP guidelines do not address diagnosing ADHD in children aged 3 and younger, there is evidence that toddlers are being diagnosed and treated for ADHD.

Possible causes and risk factors that point toward ADHD being visible in toddlerhood include:

Studies have shown that the following may be early indicators of ADHD. It is important to note that just because a child has some of these signs and symptoms does not mean that they have ADHD:

One study shows that a third of children with ADHD had speech development delays at 9 months old. Two thirds experienced a delay in speech and language at 18 months old.

Some researchers suggest that ADHD can be reliably diagnosed in children through thorough evaluations as soon as they reach 3 years of age. A study of school-age children notes that mothers reported symptoms of ADHD beginning at or before age 4 in two thirds of the children.

While there are no criteria to diagnose toddlers with ADHD, research shows that 3-year-olds who present symptoms of ADHD are likely to meet diagnostic criteria for ADHD by the age of 13 years old.

The 2010-2011 National Survey of Children’s Health found that there were around 194,000 childrenbetween 2 and 5 years of age who had been diagnosed with ADHD.

Early signs and symptoms of ADHD in toddlers

It is hard to notice symptoms of ADHD in children younger than 4 years of age. Children at this age change rapidly and they are not always capable of the behaviors of listed in the Diagnostic and Statistical Manual (DSM-V) for ADHD.

Children that have a lot energy, or that are very active, and do not have ADHD can usually focus when necessary for stories or to look through picture books. They are also able to sit and do a puzzle or put toys away.

However, children with ADHD are often unable to do these things. They may exhibit extreme behavior that disrupts activities and relationships. They must also display these behaviors for at least 6 months in more than one setting, such as at home and nursery.

Toddlers with ADHD may:

However, some children with ADHD may be able to focus on things that interest them, such as particular toys.

Short attention span, impulsivity, tantrums, and high levels of activity are normal during certain stages of development. If a parent or caregiver thinks that their toddler is displaying behavior that is excessive, intense, frequent, and affecting family life, they should speak with their child’s doctor for evaluation.

Diagnosis of ADHD in toddlers

There are no guidelines to diagnose and evaluate ADHD in toddlers. However, guidelines state that a doctor should evaluate any child age 4 through 18 years who shows behavioral problems and symptoms of ADHD including inattention, hyperactivity, or impulsivity for ADHD.

In order to diagnose ADHD, a doctor may:

Diagnosing the disorder in preschoolers or younger children is challenging. Problems with development, such as language delays, could be mistakenly diagnosed as ADHD.

Other medical conditions can cause similar symptoms to ADHD. These include:

Preschool-age children or younger who display symptoms of ADHD should be evaluated by a specialist such as a speech pathologist, developmental pediatrician, psychologist, or psychiatrist in order to reach a reliable diagnosis.

Treatments for ADHD in toddlers

There are currently no guidelines available for the treatment of ADHD in toddlers.

In preschool-aged children aged between 4 and 5 years, several treatments could be recommended. One is behavior therapy, which is evidence-based parent- or teacher-administered behavior therapy.

Another is methylphenidate ADHD medication. If behavior therapy does not significantly improve the child’s symptoms or if the symptoms continue to be moderate to severe, this option should be considered.

If medication is prescribed, a doctor will monitor and alter the dose given to the child to ensure that the maximum benefit is achieved while minimizing side effects.

Although methylphenidate is recommended as a second line of treatment after behavior therapy, the U.S. Food and Drug Administration (FDA) have not approved this drug for use in children under 6 years old. The drug has not yet been studied in this age group.

Some studies show that ADHD stimulant medications, such as methylphenidate, affect children’s growth, while others show this not to be the case. More research is needed.

Parents have reported side effects with these medications, such as weight loss, insomnia, loss of appetite, emotional outbursts, and anxiety.

A report presented by a CDC official, at the Georgia Mental Health Forum at the Carter Center in Atlanta in 2014, suggested that more than 10,000 American toddlers aged between 2 and 3 years might be being medicated for ADHD outside of established guidelines nationwide.

Data gathered by mental health watchdog Citizens Commission on Human Rights finds that the number of toddlers treated for ADHD and other mental health problems may be even higher. They say that in addition to the 10,000 toddlers prescribed ADHD drugs, there are:

They also found that among babies aged 0-1 years:

There are no guidelines for treating toddlers or babies with ADHD. However, if preschooler guidelines were followed, behavior therapy would usually be explored first.

The figures above indicate that babies and toddlers may be being overmedicated. Figures by the AAP suggest that almost 1 in 2 preschool-aged children receive no behavior therapy, and that 1 in 4 are treated only with medication.

The AAP state that doctors must weigh up the risks of starting medication for ADHD at an early age against the harm of delaying diagnosis and treatment.

It can be difficult to diagnose a child with ADHD before the age of 4 or 5. If parents or caregivers suspect that their child may have ADHD, they should seek advice from a doctor.

A doctor will first rule out other possible conditions. If, after evaluation, a doctor diagnoses a toddler with ADHD, they will offer advice, support, and information about behavior therapy. With treatment, ADHD symptoms can be effectively managed.