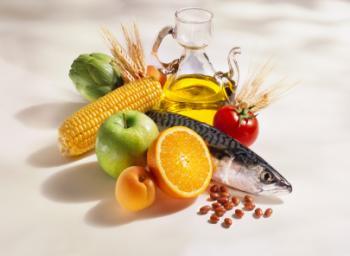 With age, people tend to lose bone mass, and postmenopausal women in particular are at a higher risk of osteoporosis and bone fracture. However, there are things we can do to prevent this. A new study suggests that a diet rich in anti-inflammatory nutrients may reduce bone loss in some women.

The National Institutes of Health (NIH) estimate that in the United States, more than 53 million people have osteoporosis already or are at an increased risk of developing it because they have low bone density.

Osteoporosis is a condition in which the bone strength is reduced, leading to a higher risk of bone fractures – in fact, the disease is the leading cause of bone fractures in postmenopausal women and the elderly.

Most bone fractures occur in the hip, wrist, and spine. Of these, hip fractures tend to be the most serious, as they require hospitalization and surgery.

It used to be believed that osteoporosis was a natural part of aging, but most medical experts now agree that the condition can and should be prevented.

Analyzing the link between diet and bone loss

Orchard and team investigated data from the Women’s Health Initiative (WIH) study and compared levels of inflammatory nutrients in the diet with bone mineral density (BMD) levels and fracture incidence.

The WIH is the largest health study of postmenopausal women ever conducted in the U.S. Women were enrolled in the study between 1993 and 1998.

The researchers used the dietary inflammatory index (DII) and correlated the measurements with the risk of hip, lower-arm and total fracture using data from the longitudinal study.

They then assessed the changes in BMD and DII scores. The researchers distributed food frequency questionnaires to 160,191 women aged 63 on average, who had not reported a history of hip fracture at the beginning of the study.

Researchers used BMD data from 10,290 of these women and collected fracture data from the entire group. The women were clinically followed for 6 years.

Orchard and team used Cox models to calculate fracture hazard ratios and adjust for age, race, ethnicity, and other variables.

The scientists found an association between highly inflammatory diets and fracture – but only in younger Caucasian women.

Specificallly, higher scores on the DII correlated with an almost 50 percent higher risk of hip fracture in white women younger than 63 years old. By contrast, women with the least inflammatory diets lost less bone density during the 6-year period than their high DII counterparts, even though they had overall lower bone mass when they enrolled in the study.

As the authors note, these findings suggest that a high-quality, anti-inflammatory diet – which is typically rich in fruit, vegetables, fish, whole grains, and nuts – may be especially important for younger white women.

“[Our study] suggests that as women age, healthy diets are impacting their bones. I think this gives us yet another reason to support the recommendations for a healthy diet in the Dietary Guidelines for Americans.”

Rebecca Jackson, the study’s senior author and director of Ohio State’s Center for Clinical and Translational Science, adds that their findings confirm previous studies, which have shown inflammatory factors to increase osteoporosis risk.

“By looking at the full diet rather than individual nutrients, these data provide a foundation for studying how components of the diet might interact to provide benefit and better inform women’s health and lifestyle choices,” Jackson says.

However, it is worth noting that the study did not associate a more inflammatory diet with a higher risk of fracture overall. On the contrary, lower-arm and total fracture risk were found to be slightly lower among women with higher DII scores.

Although the study was observational and could not establish causality, a possible explanation ventured by the authors is that women with lower inflammatory diets may exercise more and have a higher risk of falls as a consequence.