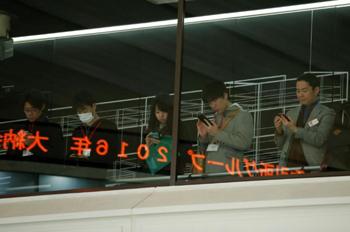 Asian share markets and Wall Street stock futures fell on Monday after immigration curbs introduced by U.S. President Donald Trump heightened concerns about the impact of the new administration’s policies on trade and the economy.

The U.S. president on Friday put a 120-day hold on allowing refugees into the country, an indefinite ban on refugees from Syria and a 90-day bar on citizens from Iran, Iraq, Libya, Somalia, Sudan, Syria and Yemen.

The executive order led to huge protests in many U.S. cities and a raft of legal challenges amid confusion over its implementation. It has also raised worries about the potentially destabilizing impact of Trump’s policies.

“Trump always stated these were policies he would implement,” said James Woods, global investment analyst at Rivkin Securities in Sydney. “Quite a lot of it was brushed off as ‘campaign rhetoric’ but he is following through.

“This renews concerns about a trade war with China that would significantly affect both Asian and the global economy,” Woods said.

“The biggest threat to markets at the moment is if Trump continues down the path of protectionism without focusing on economic policies.”

Japan’s Nikkei was down 0.5 percent for the day as demand for the safe-haven yen weighed on exporters.

Pointing to a weaker opening on Wall Street, S&P Nasdaq and Dow Jones futures all pulled back around 0.2 percent.

Separately, a shooting in Canada on Sunday added to wider geopolitical concerns. Six people were killed when a gunmen opened fire at a Quebec City mosque during evening prayers, in what Canadian Prime Minister Justin Trudeau called a “terrorist attack on Muslims.”

The dollar index, which tracks the greenback against a basket of trade-weighted peers, dipped about 0.2 percent to 100.34 in Asian trade, after touching a session low of 100.17.

The dollar also weakened 0.4 percent to 114.6 yen on Monday, pulling away from a one-week high hit Friday.

“If price action is any guide it would appear that (Trump’s) new executive order regarding immigration signed over the weekend appears to have gone down less well with financial markets as early weakness in the U.S. dollar and Asia stocks suggest that markets fear some significant economic blowback,” Michael Hewson, chief market analyst at CMC Markets in London, wrote in a note.

Adding to pressure on markets, data on Friday showed U.S. economic growth slowed more than expected in the fourth quarter, with gross domestic product rising at a 1.9 percent annual rate, below the 2.2 percent rise expected by economists and the 3.5 percent growth pace logged in the third quarter.

But the impact across Asia may be delayed, with China, Hong Kong, Taiwan, South Korea, Singapore, Malaysia and Vietnam shut on Monday for the Lunar New Year holidays.

While U.S. policies and data are causing some nervousness, investors in Asia will focus on the Bank of Japan’s policy meeting on Tuesday as well as manufacturing and services activity surveys out of China on Wednesday.

In commodities markets, oil started the week on a negative note, extending declines on signs of growing output in the U.S. that looks set to offset supply cuts by the Organization of Petroleum Exporting Countries and other producers.