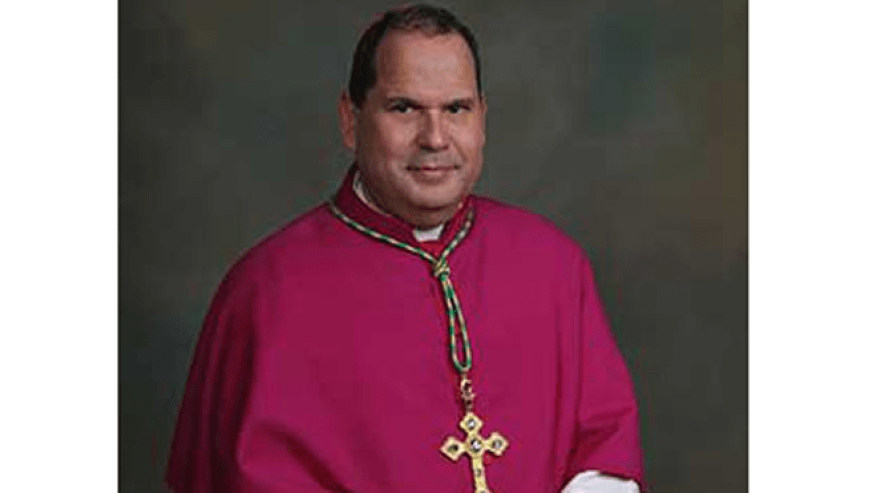 A Catholic bishop in New Jersey was slightly injured during a memorial Mass for a revered Hall of Fame baseball player when a crazed man in a white robe walked up to the altar and punched him in the mouth.

The attack Saturday caught the 63-year-old Most Reverend Manuel A. Cruz, Auxiliary Bishop of the Archdiocese of Newark, completely by surprise, knocking him backward until he fell on the altar, according Tapinto.net, a local news website.

Officers with the Essex County Sheriff’s Office rushed the altar and handcuffed the attacker, who may have showed up for the Mass at Newark’s Cathedral Basilica of the Sacred Heart in a classic purple Cadillac Eldorado with a faux-zebra skin interior, the website reported.

About 75 people witnessed the attack, according to the website reported.

The Mass was being held to commemorate the life of baseball great Roberto Clemente, who died in a 1972 plane crash as he flew to Nicaragua to deliver aid to earthquake victims.

“We are all praying for Bishop Cruz,” said Newark elected official Luis Quintana, who organized the Mass and was in tears when he spoke to Tapinto. “It’s hard to understand what would provoke a man to attack a member of the clergy within the sanctity of a church. It just doesn’t make any sense.”

The punch may have loosened some of Cruz’s teeth, according to the website.

Cruz was taken to the hospital for treatment and authorities said his injuries were not serious, the Newark Star-Ledger reported.

Officers told the paper the man who was arrested for the assault was Charles Miller, a 48-year-old Newark man.

“We are thankful that law enforcement officers were able to apprehend the assailant,” said James Goodness, spokesman for the Newark Archdiocese. “This is not something that we expect to happen in any of our churches.”