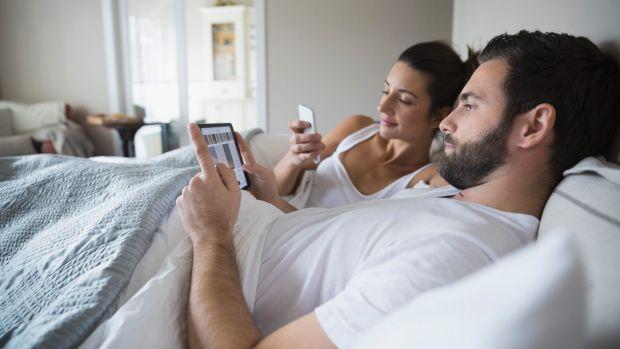 We all know the stereotype: silly millennials, tethered to their phones, unable to accomplish the simplest tasks without scrolling their Instagram feeds, snapping their friends and/or tweeting inanely.

But a Nielsen report released last week shows people aged 35 to 49 spend an average of six hours and 58 minutes a week on social media, compared with six hours and 19 minutes for their younger counterparts.

Predictably, adults 50 and older spend significantly less time on social media, with an average of 4 hours and 9 minutes a week on the networks.

Nielsen social division president Sean Casey said the findings initially surprised him, because “the going thought is that social is vastly owned by the younger generation.”

“It’s kind of synonymous,” said Casey, who wrote the foreword to the report. “When you think of millennials, you think of social.”

Casey said eventually the finding started to make more sense to him.

“At a time when we wanted to be connected, it came out right when we were at the top of our media consumption,” he said. “It’s become second nature to our generation.”

The 29-page report was based on data from 9000 smartphone and 1300 tablet users from across the United States from July through September. The data was not self-reported.

Despite the hype, Snapchat, a favourite of younger users, was sixth on the list, behind the professional networking site LinkedIn.

Finally, the report looked at second-screen activity on social media, measuring how many times Facebook and Twitter users posted or tweeted about programs they were watching, or interacted with others’ posts and tweets.

Again, Generation X couldn’t look away from its device screens: On an average day, the report found 42 per cent of those interacting with television on Facebook were 35 to 49, while only 40 per cent of millennials were doing the same thing.