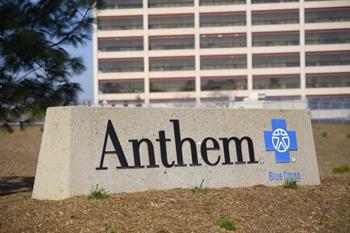 Anthem Inc (ANTM.N) shares could rise by 30 percent as the U.S. health insurer is undervalued and has the most room for improvement in profit margins and earnings among its peers, Barron’s reported.

The company also has the lowest price-to-earnings ratio among its peers including UnitedHealth Group Inc (UNH.N) and Aetna (AET.N), Barron’s said, adding that the stock trades at just 13 times the projected 2017 earnings, a discount to its four big rivals.

If Anthem does manage to complete the deal, investors are likely to view that as a positive development since the company projects a $3-a-share in earnings benefits in 2018, Barron’s said.

U.S. President Donald Trump and a Republican-controlled legislature are seeking to undo much of the Affordable Care Act, better known as Obamacare.

The law has reshaped the U.S. healthcare industry by mandating health insurance and creating online exchanges where consumers can shop for individual policies and get subsidies. Companies including Anthem had cited Obamacare as one of the main reasons their industry needed to consolidate.

Anthem could be a winner from a potential move by Trump to repeal Obamacare since it insures nearly 900,000 people on health exchanges and is losing money on that business, Barron’s said.

Barron’s listed several possible benefits to earnings: $1 a share from public-exchange reform, 50 cents from a repeal of a special health-insurer tax, $2 to $3 from a lower corporate tax rate and $2 from renegotiation or ultimate lapsing of the Express Scripts (ESRX.O) drug-benefit contract.