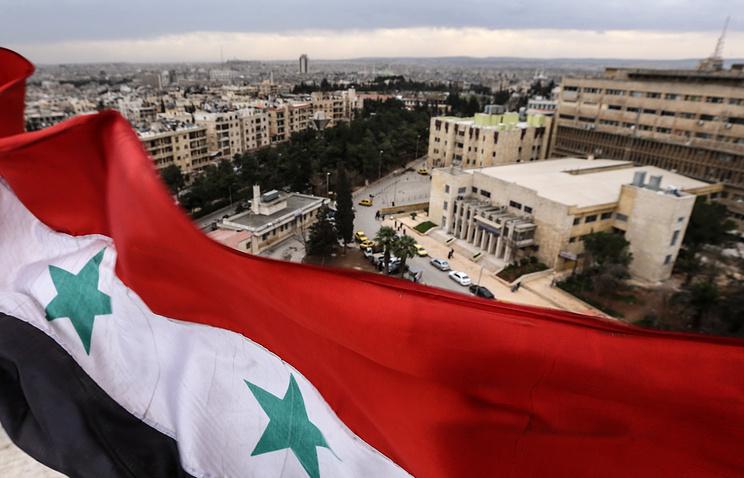 /TASS/. A framework draft of Syria’s new constitution Russia offered at the Astana talks envisages the establishment of a democratic state with the republican form of government, a top-ranking Russian military said on Sunday.

“The draft constitution says that Syria is a modern democratic state with the republican form of government. This state is to be based on the principles of democracy, the supremacy of law and equality of all,” Stanislav Gadzhimagomedov, a deputy chief of the main operation directorate of the Russian General Staff, said in an interview with the Rossiya-24 television channel.

He said work on the draft had involved representatives of the Syrian diaspora in Russia, as well as Russian leading Orientalists and experts in constitutional laws.

“The multi-ethnic and multi-religious Syrian people” must constitute only source of power in that country, Gadzhimagomedov stressed. “It is the Syrian people that determines the country’s future by means of nationwide voting – referendum – and via its elected representatives.”

The draft however has a framework character and “is called to outline basic principles of a possible state system in Syria as a sovereign state,” he said.

“The draft constitution is a neural and well-balanced document which relies on both the present-day democratic principles and norms of a secular state and centuries-long Syrian traditions and habits,” he added.

Top-ranking Russian military also said that a framework draft of Syria’s new constitution Russia presented at the Astana talks takes into account interests of both the Syrian authorities and the opposition, as well as of the Kurdish population.

“The draft is built on compromise solutions. So, it guarantees the rights of and reckons with the interests of both the current authorities and those who affiliates themselves with the opposition,” Stanislav Gadzhimagomedov, a deputy chief of the main operation directorate of the Russian General Staff, said in an interview with the Rossiya-24 television channel. “Naturally, the Syrians themselves should develop their country’s constitution which is to reckon with the interests of both the authorities and the opposition.”

The draft constitution states that Syria is a territorially integral and inviolable state where the number of administrative entities, their borders and status, as well as issues related to local self-governments will be established by separate law passed on the basis of the expression of will of the Syrian people, he noted.

“It will be up to the Syrian people to decide about granting an autonomy status to any administrative entity, including with mostly Kurdish population,” Gadzhimagomedov stressed.

Apart from that, the draft constitution envisages that the Syrian army and other armed units are to be off politics, be controlled by society and will not be used against the people, he added.