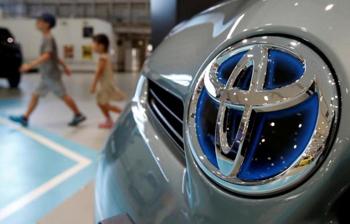 Toyota Motor Corp’s (7203.T) four-year run as the world’s top-selling automaker has ended as the Japanese company said on Monday its global sales for 2016 fell short of Volkswagen AG’s (VOWG_p.DE).

Toyota’s overall global sales were supported by a 5.5 percent rise in domestic sales for the Toyota brand following new launches for models including the Prius, while overseas sales slipped 0.6 percent as demand eased in North America, in and around the Middle East and Africa.

Toyota, which had been the world’s top-selling automaker on an annual basis since 2012, estimates global sales to increase to around 10.23 million vehicles in 2017.