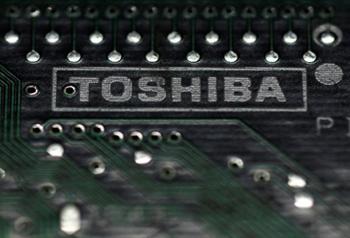 Japanese trust banks are preparing to sue Toshiba Corp over its 2015 accounting scandal, a fresh headache for the conglomerate as it scrambles to offset a separate imminent multi-billion dollar writedown.

The news follows an announcement by the struggling conglomerate on Friday that it will sell a minority stake in its memory chip business to raise funds and that its overseas nuclear division – the cause of its current woes – was now under review.

Chairman Shigenori Shiga is ready to step down to take responsibility for the upcoming charge – estimated at around $6 billion, local media have also reported.

The announcements on Friday failed to clear up much of the uncertainty surrounding Toshiba and its shares lost 4 percent in Monday morning trade.

“No explanations were offered as to the ultimate scale of the impairment losses to be recorded in the business or how the company intends to control risk going forward,” Takeshi Tanaka, an analyst at Mizuho Securities, wrote in a note to clients.

Mitsubishi UFJ Trust and Banking Corp said on Monday it is preparing to seek 1 billion yen ($8.7 million) in damages on behalf of its client pension funds after Toshiba’s shares slid in the wake of the accounting scandal two years ago. The bank is a unit of Mitsubishi UFJ Financial Group.

Two other trust banks, Sumitomo Mitsui Trust Bank Ltd and Mizuho Trust & Banking Co are also preparing similar suits, said sources with direct knowledge of the matter, declining to be identified as they were not authorized to speak to the media.

In October, Toshiba said 45 overseas institutional investors filed a suit seeking 16.7 billion yen in damages since it first admitted to reporting inflated profits going back to 2008. That is in addition to suits from 15 groups and individuals in Japan that total 15.3 billion yen.