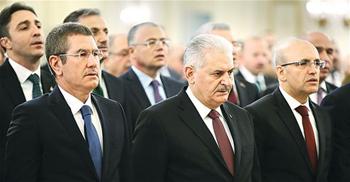 The Turkish cabinet issued a long-waited “attraction area program” on Nov. 28, 2016, covering 23 provinces in eastern and southeastern Anatolian regions. Applications to the Development Bank of Turkey and local development agencies for the incentives offered by the program began on Jan. 24.

Call center support is offered to those who are going to create jobs for 200 people. Incentives include building allocation support, 2,500 liras of personnel training support per person, land allocation and construction support, and interest-free investment loan support.

Data storage center incentives cover the investments that are no smaller than 5,000 square meters of land. Supports are 30 percent of energy support, land allocation support and interest-free investment loan support.
Interest-free investment loans consist of a two-year grace period and six years in payment terms. If the investor uses locally produced machinery and equipment, the loan will be offered on a 10-year basis.
Investors are expected to put in at least 30 percent capital for the investment. The loan is only available to cover up to the remaining 70 percent.

Low-interest rate operation loans will be given on a 1+3=4 year basis and the interest rate will be 50 percent of the value of the Development Bank of Turkey’s operational loan interest rate.

Construction support will not be higher than 20,000 square meters of building and 10 million liras in support.
The attraction center program will be financed by the Treasury-allocated fund, which will reach an initial amount of 900 million liras. This amount will be increased by the government according to the demand and investment speed.

Priority on support allocation for companies will be given to projects that promise high employment, produce imported products, have export potential, affect secondary sectors, innovate, use local machinery and equipment, and are realized in organized industrial zones.

These new attractive incentives and existing incentives are planned to attract new investors to the regions.
To benefit from these incentives, investors should apply to the Development Bank of Turkey and local development agencies before Feb. 27.

* Kayhan Taner Özen is a Senior Financial Analyst at the Development Bank of Turkey.