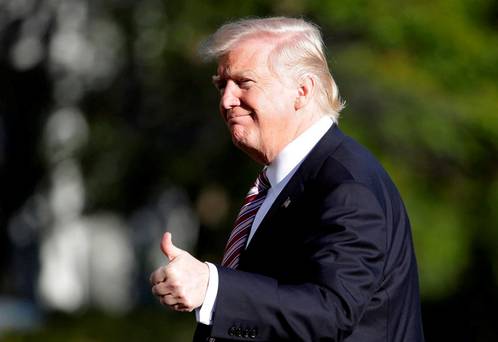 Two-in-five workers expect a pay increase over the coming year, with less than 40pc of firms planning on increasing basic pay in the same period, according to the latest Economic Pulse from Bank of Ireland.

External factors, including the prospect of a hard Brexit and a potential protectionist policy agenda by US President Donald Trump, may also be tempering the growth ambitions of Irish firms, with two-in-three planning to expand in the next one to three years, down from three-in-four last January.

The index, which combines the results of both consumer and business pulses, was up 0.7 on December but 6.9 below last January’s reading.

Although business confidence was broadly unchanged since last December, BoI Group chief economist Loretta O’Sullivan said that the recent focus on public sector pay demands could have a knock-on effect on the private sector.

“Pay is also relevant for private sector firms, as it impacts competitiveness and is a factor within their control,” said Dr O’Sullivan, who also said the number of firms expecting business activity to increase in the near-term remains greater than those expecting a decrease.

“Other factors such as adverse exchange rate movements are not. Against the backdrop of a very uncertain external environment, an eye to the cost base and a focus on non-price factors impacting competitiveness will be important in the period ahead.”

Conducted by Ipsos MRBI, more than 2,000 businesses and 1,000 households were surveyed.

It found that many households are beginning to shake off the January blues with one-in-four saying they are likely to buy a car over the coming year.

Buoyed on increased rental prices, Government policy changes such as the help-to-buy scheme for first-time buyers as well as the loosening of loan to value restrictions for FTBs, two-in-three think it is cheaper to buy than rent in their area.

One-in-four plans to spend a large sum of money on home improvements or renovations in the next 12 months.

“Pressures in the market are also leading to higher rents and when they compare the typical monthly rent with the typical monthly mortgage repayment for a similar property, many people are finding that it is cheaper to buy in their area than it is to rent.”