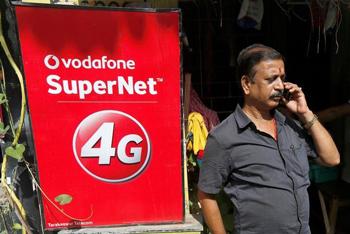 Vodafone (VOD.L) said on Monday it was in talks to merge its Indian operations with rival Idea Cellular (IDEA.NS) in an all-share deal that would create a new market leader better able to cope with the brutal price war convulsing the industry.

India’s three leading mobile operators, Bharti Airtel BRTI.NX, Vodafone and Idea, have all been hammered by the arrival of Jio Infocomm, a new operator owned by the billionaire Mukesh Ambani which has shaken up the market by offering free voice and data to customers.

Vodafone confirmed growing media speculation that it was in talks with Idea’s parent, conglomerate Aditya Birla, over a deal that would result in Idea issuing new shares to Vodafone.

Vodafone’s stock jumped 3 percent after it said a deal would enable it to deconsolidate the asset, or take it off its books, and receive a dividend from the combined group.

Bharti and other local rivals, including Vodafone’s India unit, have slashed prepaid tariffs and unveiled cheaper data plans to compete against Jio.

But analysts warn that the strategy will extract a cost, with Vodafone forced into a $5 billion writedown of its India business last year because of competition in the country.

Vodafone has been looking to spin off its Indian business but said on Nov. 15 it would wait for market conditions to stabilize before listing Vodafone India’s shares.

(Reporting by Kate Holton in London and Sankalp Phartiyal in Mumbai; editing by William Schomberg and Louise Heavens)