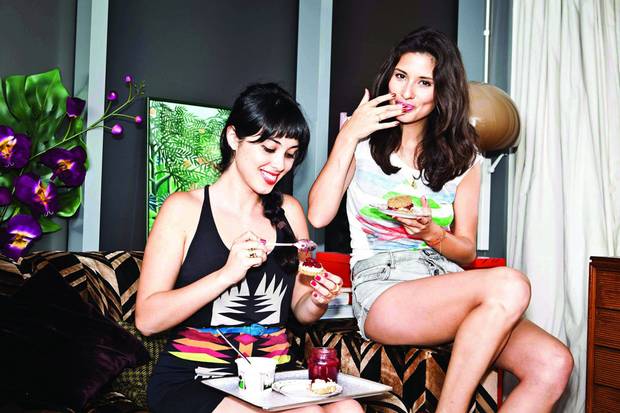 We can only kick clean eating as the answer to our ills if we accept our dirty relationship with food, writes Sarah Caden

In her new novel The Food of Love, Amanda Prowse writes about the middle-aged mother of a teenage daughter with anorexia. The daughter’s situation is classic: she is starving herself in the belief that she is fat and that in order to feel good, she must be thinner. While she is, of course, wasting away.

The mother despairs of her daughter’s self-destruction and desire to control herself and her environment through food, and yet, that mother is toddling along with the kind of low-grade eating disorder that many of might wince to recognise.

Prowse’s Freya is a clean-eating devotee who carefully categorises foods into ‘bad’ (bread, pasta, sugar) and ‘good’ (kale, avocados, nuts) and has cut out entire food groups in an effort to gain ‘wellness’. To be better, not to be thin. Or so Freya convinces herself until helping her daughter will require facing up to her own mangled relationship with food.

The backlash had to happen. There had to come a point where we’d hit peak nut butter and call a halt to the clean-eating trend. It was simmering for a while, towards the end of 2016, possibly when people started to realise that they couldn’t cope with another cook book whose recipes required 17 ingredients they were guaranteed to not have at home. Or when there was a silent communal agreement that if we saw one more date we’d scream.

The arrival of the new year saw the rebellion begin in earnest, however. It was a time, of course, for shedding old habits and predicting what would be the new trends and a turning away from clean eating was top of the foodie-prediction lists.

Last week on the BBC, a documentary called Clean Eating – The Dirty Truth gave weight to the current thinking about this latter-day dietary shift. Scientist Dr Giles Yeo challenged not only the thinking behind the idea of clean eating, but also challenged some of the big names within it. Though, it should be said, those named almost all asserted that “clean” was never part of their message.

Significantly, Yeo named the Helmsley sisters, whose best-selling book eschews wheat and grains and who push their own-brand spiralizer instead. They were quick to point out that ‘clean’ was never their claim.

Ella Mills (nee Woodward) appeared on the programme. Her Deliciously Ella books of recipes that eschew processed grains, sugar and dairy are best-sellers. Her inspiration for writing them is the ‘journey’ from severe illness to wellness, which she attributes to a complete change of eating habits. She has done extremely well out of the clean-eating trend, even if she denies being part of it, with her Deliciously Ella energy balls stocked in supermarkets across the UK.

And deny being part of a trend she does. Talking to Dr Yeo on the BBC, she said that she never regularly used the term ‘clean eating’, while acknowledging that it had “become a diet or a fad”.

This is all well and good, but even if practitioners and promoters of so-called clean eating did not intend it to become a diet or a fad, that’s precisely what it became.

The fact is that if you have a manner of eating that is fronted for the most part by young, slim and attractive women, then other women are going to look at them and think, “That’s for me. If I eat this, I can be like them.”

And so, the price of quinoa skyrocketed, the sales of avocados and spinach soared, and the sweet potato squashed the humble spud.

You would be mad to think that you’d look like Rosanna Davison if you simply ate everything she suggested in her cook books. Good health was all she really promised. In an interview with me to promote her Natural Born Feeder cook book, Rozanna Purcell was at pains to say that while she eats a lot, she also trains a lot, so she needed greater fuel. In other words, eating like me won’t make you look like me.

It seems common sense, but even when it comes to a supposedly healthy trend, we have the ability to warp it into something unhealthy.

The beauty – or ugliness – of how this trend worked on our minds, however, is that it not only had dieting/weight loss appeal but it also had self-esteem bonuses.

If some foods were ‘good’ then to eat them made you good, too, right?

The upsurge in use of social media, and Instagram in particular, was rocket fuel to the clean theme.

Your projected self-image was of a superior being if you posted enough pictures of green smoothies, kale salads and cacao and date delicacies dressing themselves up as near medicine.

It wasn’t your conventional deprivation dieting – but it fed into the same self-destructive mental gymnastics of denial and reward. If I eliminate the bad food and subsist only on the good, then I will finally be that ideal being I’ve always known I should be. Diet shakes never did that for a person.

It’s just all about watching what you eat, though – and feeling bad if you’re not being good. And in old-fashioned language, that’s unhealthy.