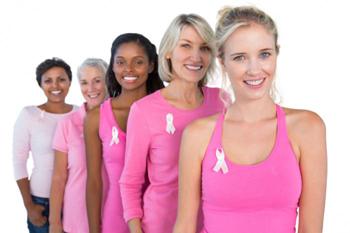 According to the American Cancer Society, ductal carcinoma in situ (DCIS) accounts for approximately 1 in 5 newly diagnosed breast cancers.

DCIS is found in the breast’s milk ducts and is deemed “noninvasive” because it does not spread to the rest of the body.

However, there is a risk that DCIS evolves into an invasive form of breast cancer – currently estimated at under 30 percent – which is why the condition is typically treated with surgery or a combination of surgery and radiation therapy.

New research presented at the European Cancer Congress 2017 (ECCO) suggests that women aged 50 and above who have been diagnosed and treated for DCIS tend to live longer than women in the general population.

Dr. Wesseling and team investigated clinical data on nearly 10,000 women who were treated for DCIS with surgery, radiation therapy, or both. The researchers followed the women between 1989 and 2004.

The scientists compared the cause-specific mortality in this cohort with the expected mortality rates in the general female population by calculating standardized mortality ratios.

During the follow-up period, 1,429 deaths occurred. Of these, 368 deaths were caused by cardiovascular disease, and 284 by breast cancer.

Former DCIS patients had lower chances of dying from circulatory, digestive, and respiratory disorders, as well as mental and behavioral disorders. Additionally, they also had a lower risk of dying from endocrine, metabolic, and nutritional diseases, as well as lung and urogenital cancer.

However, the study also revealed that after 10 years, DCIS patients had a slightly higher risk of dying from breast cancer than the general female population. At 10 years, this risk was approximately 2.5 percent, and at 15 years after the DCIS diagnosis, it raised to 3.9 percent.

Results to provide ‘reassurance’ for women diagnosed with DCIS

The authors suggest that their findings should reassure women that a DCIS diagnosis and treatment do not increase mortality risk.

“Being diagnosed with DCIS can be extremely distressing, and research indicates that many women overestimate the risks involved and are confused about treatment. This study should provide reassurance that a diagnosis of DCIS does not raise the risk of dying.”

Prof. Philip Poortmans, president-elect of ECCO and head of the Radiation Oncology Department at Radboud University Medical Center in Nijmegen, the Netherlands, also weighs in:

“Ductal carcinoma in situ can be a worrying and confusing diagnosis for many women, especially due to the word ‘carcinoma,'” Prof. Poortmans says. “Although it should be considered as being clearly different from breast cancer, it can progress into breast cancer […] Moreover, those treatments can have side effects […] This research provides reassurance for women diagnosed with DCIS because it shows that they are as likely to be alive 10 years after the diagnosis as people in the general population who did not have DCIS. This is also reassuring with regards to the potential risks of side effects.”

However, Prof. Poortmans also acknowledges that more research is needed in order to understand the reasons why DCIS tends to progress into breast cancer.