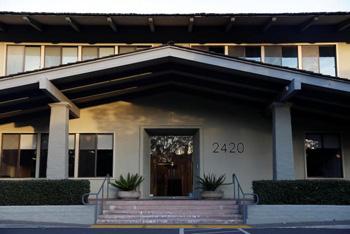 By Michael Flaherty and Liana B. Baker | NEW YORK/SAN FRANCISCO

Eight days after Elliott Management disclosed a 7.6 percent stake in LifeLock Inc (LOCK.N), managers of the more than $30 billion hedge fund met with executives at the consumer protection company.

Activist investors such as Elliott usually use these initial meetings to lay out a broad plan on how to boost the stock price.

But when LifeLock’s managers sat down with Elliott last June, the leader of its new private equity team revealed that Elliott was interested in buying the entire company, according to a December securities filing. Just like that, the auction for LifeLock began.

In the end, the winning bid came from Symantec Corp (SYMC.O), which also counts Elliott among its major shareholders. LifeLock’s $2.3 billion sale agreement in November handed Elliott an 80 percent return on its five-month investment.

The deal shows how the hedge fund is rewriting the activist investor playbook, ramping up its ability to act both as an engaged shareholder and a potential buyer of the whole company.

Over the past few decades, activists have primarily focused on buying minority stakes and pushing for changes, which include leadership changes, cash allocation and exploring the sale of the company.

Elliott’s private equity push promises greater rewards, but also involves bigger risks. Owning the majority of a company that fails to live up to its potential can hurt the fund’s bottom line and its reputation far more than a minority stake that underperforms. It also creates potential confusion for CEOs and boards wondering which hat Elliott is wearing when it shows up among shareholders.

The multi-strategy fund, which also invests in other assets, such as currencies, commodities and government bonds, is alone with its hybrid approach, for now, thanks mainly to its size and resources.

Even the largest activists have half or less of Elliott’s capital and usually a dozen or so investment professionals compared with more than 150 that work for Elliott.

Elliott’s strategy is paying off for the fund, whose founder Paul Singer has built a reputation as one of the world’s toughest investors, adept at applying relentless pressure on targets that include national governments and some of the largest companies in the world.

Of the 15 companies Elliott has targeted with a more than 5 percent stake since 2015, ten have inked $40 billion worth of deals – including two spin-offs. Activist investor Carl Icahn has disclosed nine similar filings in the same period that included two sales and two spin-offs.

Elliott made an average return of around 30 percent on the deals, according to a Reuters analysis of filings and research firm 13D Monitor (tmsnrt.rs/2iRamAo). That compares to a 6 percent return from activist funds over a similar period, according to Hedge Fund Research.

Still, some investors in public companies may feel uncomfortable blurring the line between the roles of a minority shareholder and a private equity investor, analysts say.

“It’s a conflict because as a shareholder, your goal is to get the maximum return on your investment. As a private equity buyer, you want the best possible price,” said Charles Elson, a University of Delaware corporate governance professor who also sits on the board of restaurant chain Bob Evans Farms Inc (BOBE.O).

As a director, he would always wonder if Elliott’s interest was as a shareholder or a buyer, Elson said.

“There is no conflict in these situations, because it is the company’s board of directors, not Elliott, that decides whether to sell the company and who to sell it to,” an Elliott spokesman said in an emailed statement.

Michael Stark, the founder of CrossLink Capital and major LifeLock shareholder, said he had no issue with Elliott acting both as an investor and a bidder, though he was slightly disappointed with the final price Symantec paid.

“We got the bottom end of a fair price,” Stark said. “As long as shareholders were fairly represented by the board and management team, I’m okay with that.”

Some activist investors have made buyout bids in the past, but not in a systematic manner.

Advisors to activists told Reuters that several activist funds were considering expanding into private equity but are still assessing whether to make such a move.

Unlike in the past, when it would occasionally bid for majority stakes, the fund now has a dedicated team chasing buyouts of whole companies.

Last June, Evergreen teamed up with Francisco Partners to buy Dell’s software assets for more than $2 billion, but Elliott has yet to emerge as the sole owner of any of public companies it offered to buy.

While that might raise doubts about Evergreen’s credibility as a potential majority owner, merely having a takeover offer in hand has allowed Elliott to fast-track what typically would be months of trench warfare between activists and reluctant boards.

Directors have a fiduciary duty to shareholders to explore a credible takeover proposal and launching an auction is one way to find out its worth.

“When you commit to buying a company as a private equity owner, you’re putting your money where your mouth is,” said Keith Gottfried, a partner at law firm Morgan Lewis who specializes in defending companies from activists.

The establishment of a dedicated buyout team follows a gradual effort that started with the launch of Elliott’s tech investing arm, overseen by Jesse Cohn, who joined the fund in 2004 from Morgan Stanley as a 24-year old.

These roll-over stakes allowed Elliot to benefit from the premium a sale would usually command, and later share profits with the private equity firm once it was ready to offload the revamped company.

But buyout firms grew reluctant to share the spoils with Elliott. Its latest setback came in early 2015 when buyout firm Thoma Bravo bought software developer Riverbed Technology for $3.5 billion in a sale Elliott helped trigger, but then did not let the fund stay on as a minority investor.

After that snub, Elliott’s top executives, including Singer, co-chief investment officer Jon Pollock and Cohn began laying the ground for Evergreen, which would give Elliott more independence in seeking its own private equity deals. Elliott’s investments, including ones made by Evergreen, come from the same general pool of capital shared across the firm, a person familiar with the matter said.

“They don’t come with an idea that they have not fully investigated or vetted and talked with a lot of people about,” McBee told Reuters in an interview. “It’s not a random walk with them.”

(Reporting by Michael Flaherty in New York and Liana B. Baker in San Francisco; Editing by Greg Roumeliotis and Tomasz Janowski)