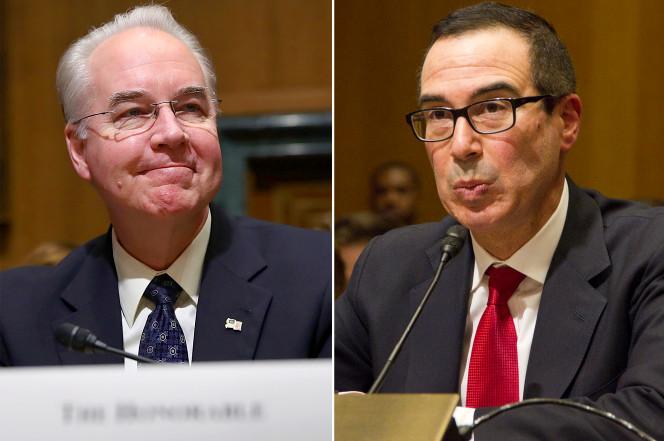 Senate Democrats on Tuesday boycotted hearings to consider Steven Mnuchin as Secretary of the Treasury and Thomas Price for Secretary of Health.

The Democrats on the Senate’s Finance Committees said they felt that Price lied to them about some of his personal stock purchases and that Mnuchin was not truthful when he testified about the role a bank he was associated with played in the country’s foreclosure crisis.

“He misled Congress and he misled the American people,” Sen. Ron Wyden (D0Ore.) said of price.

“I can’t understand why senators, who know we’re going to have these two people go through, can’t support the committee,” said Hatch.

“I’m very disappointed in this kind of crap. … Some of this is because they just don’t like the president. This is the most pathetic thing I’ve seen in my whole life in the United States Senate.”

The move comes over rising partisan fury over Team Trump’s immigration order and the ensuing chaos it created.