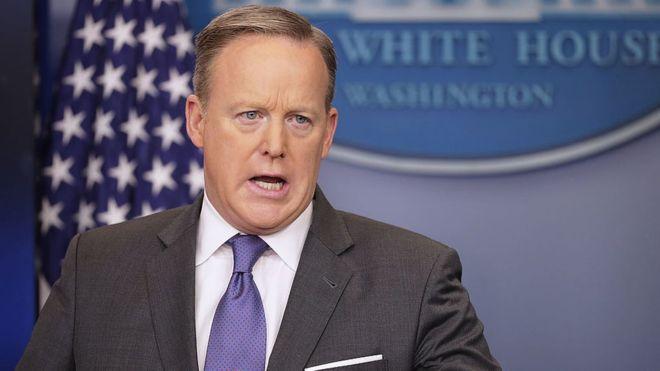 For several days US State Department officials have been circulating a draft memo that dissents from President Donald Trump’s Executive Order on immigration.

According to a version of the text seen by the BBC, the cable says Mr Trump’s temporary ban on refugees as well as nationals from seven Muslim majority countries will not achieve his aim of protecting Americans from terrorist attacks, and will likely be counterproductive.

The memo is set to be filed through the State Department’s “dissent channel,” a way for employees to register policy disagreements with the Secretary of State and other top officials.

While dissent cables are not that unusual, a State Department official has told the BBC that this document has garnered “hundreds” of signatures, which would be “unprecedented.”

And while the dissent channel is meant to provide an avenue for protest without fear of reprisal, there are strong indications that this administration might not see it that way.

Asked about State Department criticism of the immigration ban, the White House Spokesman Sean Spicer said if “these career bureaucrats” had a problem with it, “they should either get with the programme or they can go.”

The draft dissent cable argues Mr Trump’s Executive Order will be ineffective because of the “vanishingly small” number of terror attacks committed by foreign nationals admitted to the US on a visa.

It warns that the ban will increase anti-American sentiment; that it will have an immediate and clear humanitarian impact; and that it will sour relations with the countries on the blacklist – Iran, Iraq, Sudan, Somalia, Syria, Yemen and Libya – as well as much of the Muslim world.

Going even further in a personal and moral appeal, the draft says the ban “stands in opposition to the core American and constitutional values that we, as federal employees, took an oath to uphold,” such as equality and an abhorrence of discrimination on race, religion, sex or national origin.

Mr Spicer said the criticism was blown way out of proportion. He repeated Mr Trump’s assertion that barely more than 100 people out of 325,000 travellers had been detained and held for questioning at US airports after the executive order was issued.

It’s not clear, though, how many other people who were expecting to travel to the US in the near future using previously valid visas have had their plans upset by the changes.

Mr Spicer called the move to set up extreme vetting measures for refugees and certain categories of immigrants “common sense steps” to ensure “the safety of America.”

While acknowledging that the dissent channel was an established way for State Department career officers to express themselves, he added that “if someone has a problem with that agenda, than that calls into question whether or not they should continue in that post.”

The dissent channel was instituted in the early 1970s as an outlet for diplomats frustrated by US policy in turbulent times.

The very first cable was filed by the former Ambassador Jack Perry protesting the Christmas bombing of North Vietnam in 1972, on the eve of the Nixon-Breszhnev summit.

In an early analysis of dissent in the foreign service, author Kal Bird notes that this had no impact on the Nixon-Kissinger Vietnam policy, and that precisely because few dissent cables ever changed policy, they came to be seen as a tool of “desperate last resort.”

He cites two cases of foreign service officers who were given poor work evaluations as a penalty for speaking out.

The most recent use of the dissent channel was in June last year, when more than 50 diplomats sharply criticised the Obama administration’s policy in Syria.

They urged Mr Obama to authorise military strikes against Syrian government forces in order to stop their violations of a ceasefire in the civil war, and to back up US diplomacy with a “judicious use” of force.

This would have been a radical change in the US approach.

Then Secretary of State John Kerry heard them out.

The policy didn’t change and the diplomats remained frustrated, but they continued in their jobs.