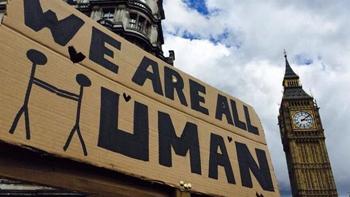 The British government is placing underprivileged asylum seekers and refugees in rat-infested homes of the most deprived parts of the country, a parliamentary report has revealed.

The government has been resettling refugees in “disgraceful” situations, a sign that the dispersal system is “not working,” according to a report by the UK Parliament’s Home Affairs Select Committee.

One woman, who was also a torture survivor, complained that her kitchen was “full of mice” and reminded her of the cell that she was tortured in.

“The state of accommodation for some asylum seekers and refugees in this country is a disgrace,” said Yvette Cooper, the committee chairwoman (pictured below).

“We have come across too many examples of vulnerable people in unsafe accommodation, for example children living with infestations of mice, rats or bed bugs, lack of healthcare for pregnant women, or inadequate support for victims of rape and torture. No one should be living in conditions like that,” she added.

Cooper blasted councils in affluent neighborhoods for sitting around and doing nothing while less privileged areas took the burden to resettle more refugees.

“The current contract system is badly designed and puts local authorities off from signing up,” Cooper continued.

The Local Government Association reacted to the report by announcing that over 200 local authorities were becoming dispersal areas.

The LGA also called on the government to address accommodation challenges in areas “where there is limited availability and high-cost housing.”

A spokesman for UK Home Office said the government was trying to “provide accommodation that is safe, habitable, fit for purpose and adequately equipped to refugees.”

Europe is facing an unprecedented influx of refugees fleeing conflict-ridden zones in Africa and the Middle East.

The interventionist policies of the UK and some other Western governments have been blamed as the main reason for the ongoing crises in those countries.