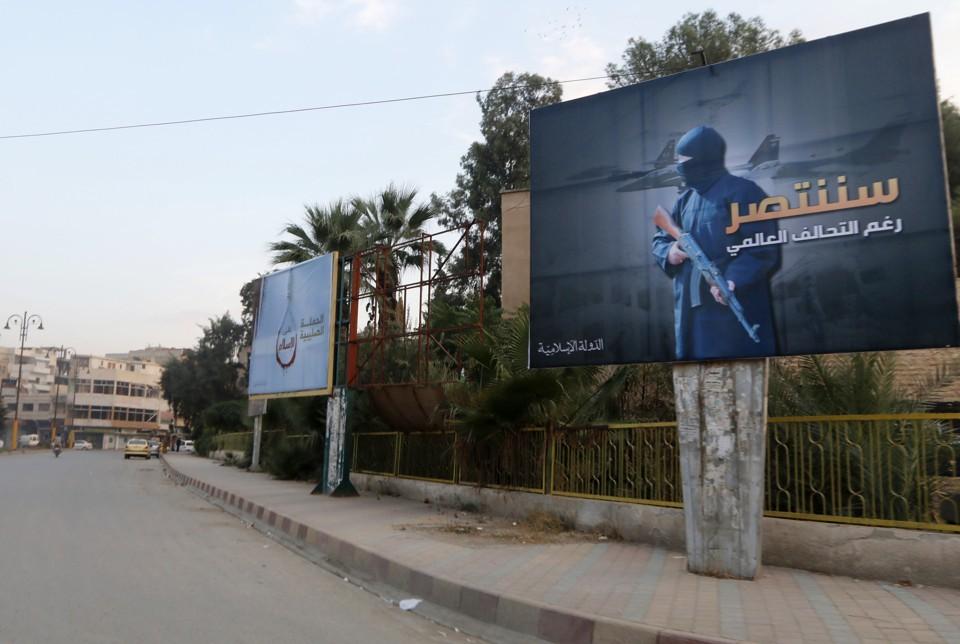 Syrian refugees have committed zero attacks in the United States.

This weekend, Rudy Giuliani went on Fox News to explain why Donald Trump’s decision to bar Syrian refugees from U.S. shores and suspend visas for citizens of seven Muslim-majority countries did not amount to a Muslim ban. “What we did was, we focused on, instead of religion, danger,” the former New York City mayor said, in reference to the targeted nations: Iran, Iraq, Libya, Somalia, Sudan, Syria, and Yemen. “Which is a factual basis, not a religious basis. … It’s based on places where there are substantial evidence that people are sending terrorists into our country.”

But Trump’s policy does not have the factual basis that Giuliani claims. The data on terrorism in the United States consistently indicates that the threat largely lies elsewhere.

ISIS does control territory in Syria, Iraq, and Libya, while al-Qaeda has a major presence in Yemen and the terrorist group al-Shabab is based in Somalia. The U.S. State Department alleges that the governments of Iran, Sudan, and Syria support international terrorism. The Trump administration also selected these countries because the Obama administration and Congress had previously designated them as places people couldn’t visit if they planned to participate in the U.S. visa-waiver program.

In addition, people from the countries in Trump’s crosshairs have certainly committed acts of terrorism in the United States; a Somali refugee injured several people in an attack at Ohio State University just this fall. Asylum-seekers have also recently been implicated in terrorist plots in Europe.

But after sifting through databases, media reports, court documents, and other sources, Alex Nowrasteh, an immigration expert at the libertarian Cato Institute, has arrived at a striking finding: Nationals of the seven countries singled out by Trump have killed zero people in terrorist attacks on U.S. soil between 1975 and 2015.

Six Iranians, six Sudanese, two Somalis, two Iraqis, and one Yemeni have been convicted of attempting or executing terrorist attacks on U.S. soil during that time period, according to Nowrasteh’s research. (Nowrasteh focused on plots against the U.S. homeland, which presumably Trump cares most about, rather than other terrorism-related offenses, like supporting a foreign terrorist group or trying to join a jihadist organization overseas.) Zero Libyans and zero Syrians have been convicted of doing the same. “Foreign-born terrorism is a hazard,” Nowrasteh argues, “but it is manageable given the huge economic benefits of immigration and the small costs of terrorism.”

As for refugees, Nowrasteh writes, Trump’s action “is a response to a phantom menace.” Over the last four decades, 20 out of 3.25 million refugees welcomed to the United States have been convicted of attempting or committing terrorism on U.S. soil, and only three Americans have been killed in attacks committed by refugees—all by Cuban refugees in the 1970s.

Zero Americans have been killed by Syrian refugees in a terrorist attack in the United States.

Nowrasteh has listed foreign-born individuals who committed or were convicted of attempting to commit a terrorist attack on U.S. soil by their country of origin and the number of people they killed. As in any exercise like this, the statistics are rough and directional rather than precise. For example, the San Bernardino attacker Tashfeen Malik, who was born in Pakistan but lived in Saudi Arabia most of her life, is counted as originating from Saudi Arabia. In the case of attacks perpetrated by multiple terrorists, like 9/11, each terrorist is assigned an equal number of victims.

The 9/11 attacks were carried out by 19 men—from Saudi Arabia (15), the United Arab Emirates (2), Egypt (1), and Lebanon (1). The incident remains influential in how Americans think about the nature of terrorism; Trump’s executive order cites 9/11 as a prime example of the U.S. visa process catastrophically breaking down. But it’s misleading as a guide to where today’s terrorists come from.

Nowrasteh found that foreign-born terrorists who entered the country, either as immigrants or tourists, were involved in 3,024 of the 3,432 murders caused by terrorists on U.S. soil from 1975 through 2015. But 2,983 of those murders came on 9/11 alone.

The stereotype of the foreign terrorist infiltrator is outdated, according to the New America think tank. The organization has compiled its own data on patterns of terrorism in the United States, which unlike Cato’s focuses on jihadist terrorism in the country following 9/11. The dataset includes people charged with terrorism-related crimes, not just those convicted, as well as U.S. citizens and residents rather than solely foreigners.

“[E]very jihadist who conducted a lethal attack inside the United States since 9/11 was a citizen or legal resident,” New America reports. During that time period, more than 80 percent of individuals who were charged with or died engaging in jihadist terrorism or related activities inside the United States have been U.S. citizens or permanent residents (the tally also includes Americans accused of engaging in such activity abroad). Many have been second-generation immigrants: The Orlando nightclub attacker, for instance, was a U.S. citizen and son of Afghan immigrants. One of the San Bernardino shooters was a U.S. citizen and son of Pakistani immigrants; the other, Tashfeen Malik, was a Pakistani national and conditional U.S. permanent resident who came to the United States on a fiancee visa.

The 9/11 attackers entered the United States using various types of visas. But between then and 2015, “among attackers claiming or appearing to be motivated by extremist Islam, only one would have needed a visa to enter the United States at the time of the attack,” according to yet another tally, by The New York Times. Half of the prominent jihadist attacks analyzed by the Times were carried out by men born in the United States. “Security experts argue that the risks of routine travel—including the U.S. visa waiver program, which allows citizens of Britain, France, Belgium and 35 other countries to enter the United States without a visa for stays of up to 90 days—are greater than the threat of foreign terrorists coming through the refugee program,” the paper added.

Trump is understandably focused on the threat from ISIS. But here, too, the statistics don’t align with Trump policy. Since 2014, the majority of individuals charged in the United States with ISIS-related offenses have been U.S. citizens (58 percent) or permanent residents (6 percent), according to George Washington University’s Program on Extremism. Additionally, more ISIS fighters in Iraq and Syria appear to come from Saudi Arabia, Tunisia, Morocco, Turkey, Russia, Egypt, and China than any countries included in Trump’s ban.

One could argue that America hasn’t experienced high levels of terrorism by foreign-born individuals precisely because, well before Trump, the U.S. government was limiting immigration from countries afflicted by terrorism, and subjecting the modest number of refugees it accepted to more rigorous vetting than any other type of traveler to the United States. As my colleague Graeme Wood has written, “If the Islamic State intends to kill Americans by sending an Iraqi or Syrian to get a visa, they are doing it the hard way. Most of the attackers will blow themselves up out of frustration with the American immigration bureaucracy before they can ever reach American shores to blow themselves up near their intended targets.”

But even if that’s the case, it still doesn’t explain why the Trump administration would suddenly block all refugees and citizens of entire countries, as if it were confronting Syrian refugees and Iraqi immigrants pouring across America’s borders to commit terrorism. Like his border wall, which will be erected to stop a mass Mexican migration that no longer exists, Trump’s immigration ban is a solution that misdiagnoses the actual problem.

As Nowrasteh notes, future terrorists could very well come from different countries than terrorists have in the past. Judged by the evidence to date, however, Trump’s ban “will likely stop few terrorists, prevent zero deaths, and slightly reduce immigration and tourism. All minor economic pain, no gain.”