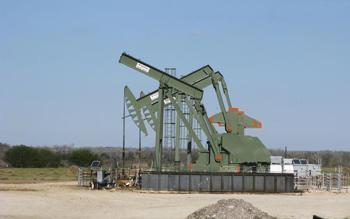 A Wall Street Journal survey of 15 investment banks finds cautious optimism among oil watchers. The monthly survey is a good barometer for market sentiment, as shifts in price forecasts can signal a change in expectations. The latest survey finds that analysts predict that Brent will average $56 per barrel in 2017, up $1 per barrel from the previous month’s forecast. The banks also raised their forecast for WTI by $1 to $55 per barrel. As the WSJ notes, this was the first increase in the average estimate in five months.

Despite the optimism, many investment banks warn about the downside risks, and although there are more than just a few, they can be boiled down to two main trends: OPEC compliance and the strength and speed of the rebound in U.S. shale production. “We have our doubts about how long OPEC compliance can last,” Barclays said in a recent report. “OPEC is convincing the market that the cuts are occurring and hopes that this buys time for a more constructive oil market balance.”

And while the investment banks are more optimistic than last month, they are still, on average, predicting oil will trade in the mid-$50s per barrel over the course of the year – not exactly an aggressive call given that both WTI and Brent are currently trading just a bit below those levels. Moreover, the expectation of $55 for WTI in 2017 is sharply lower than the expectations from a year ago when the same 15 investment banks expected crude to trade well above $60 per barrel this year.

Still, on the whole the banks are a bit more bullish on crude than they were a few weeks ago, and that is noteworthy. Standard Chartered tops the list with an expectation of oil rising to the high-$60s before the year is out.

However, a recent estimate from the U.S. Energy Information Administration (EIA) should have raised some eyebrows for investors, but has seemed to fly beneath the radar amid all the hype about OPEC production cuts. The agency is not so far apart from the major investment banks in regards to 2017 pricing, namely, that oil will remain below $60 per barrel. But the EIA goes a step further, projecting oil prices staying below $60 per barrel through 2018. The remarkable bearishness from the U.S. government’s top forecaster stands in stark contrast to the not-so-infrequent headline about the possibility of $60 oil in the near future.

In fact, this is where the EIA and the major private sector oil forecasts diverge. The EIA sees oil inventories continuing to build until the middle of 2018, a stunning prediction given that so many other forecasters predicted the market would already be in a supply deficit in the first or second quarter of this year. The EIA sees oil stocks building at an average rate of 0.3 million barrels per day this year, and still growing slightly by 0.1 mb/d in 2018, only declining towards the second half of the year. As such, while the 15 investment banks surveyed by the WSJ expect Brent to average $56 per barrel in 2017, the EIA expects Brent to trade at the same average in 2018.

The International Energy Agency (IEA), in contrast, expects oil inventories to decline by 0.7 mb/d in the first half of 2017, provided that OPEC complies with its production cuts. Early evidence suggests that OPEC is indeed following through on most of its cuts, and many expect the global supply/demand balance to align this quarter or next.
This small lithium company is on the verge of becoming the next big thing in the resource space. With incredible assets and a dream team including mining legend Frank Giustra – this company should be on all investors radar.

For example, UBS recently accelerated its timeline for oil market adjustment. “Incorporating the IEA’s (International Energy Agency) baseline demand revisions would, all else equal, bring forward our projected rebalancing from 2Q17 to 1Q17,” UBS analysts wrote in a January 23 report. UBS is on the more bullish end of the spectrum, seeing upside risk from disappointing shale production. “If U.S. supply is less responsive that we envisage, however, then there is a risk the market overtightens, sending Brent above our $60 to $80 per barrel incentive range and laying the foundations for another price cycle.”

However, U.S. shale, as of now, is far from unresponsive. The latest figures from the EIA put U.S. oil output just a hair below 9 million barrels per day, a threshold not breached since March 2016. Some might dispute the accuracy of the EIA’s weekly figures, but if they are to be believed, U.S. shale output is already back up 400,000 bpd since September. With rig counts rising quickly, it is safe to assume U.S. oil output will continue to rise.

That will offset the cuts from OPEC to some degree. And by June, if U.S. output is surging again, OPEC might abandon its commitments and begin producing full-tilt again. Bad news for oil prices.

But before that happens, there is an immediate risks to prices from the financial markets. Hedge funds and money managers have built up the most bullish collective position on oil in at least a decade, which is to say, a preponderance of oil speculators are all betting that oil prices will rise. That raises the risk of a sudden snap back in prices as soon as the slightest bit of negative news arises. One can’t predict when and if this will happen with any certainty, but the more the herd flocks in one direction, the greater the risk of a correction.

In short, oil price forecasts are all over the map. But while there seems to be more or less a consensus that oil prices will rise – even if only gradually and likely in fits and starts – there are plenty of reasons to be skeptical.