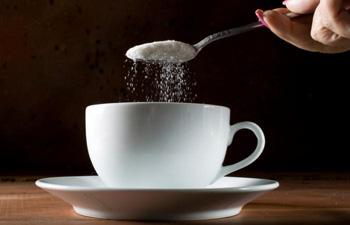 Numerous studies have documented the potential health benefits of coffee consumption, making that morning cup of joe even more satisfying. New research, however, finds that many of us may be offsetting some of these health benefits by adding calorie-laden substances to our hot drinks.

The analysis of almost 20,000 adults in the United States indicates that around two thirds of coffee drinkers and one third of tea drinkers add sugar, cream, flavored syrups, and other high-calorie substances to their beverages.

Study co-author Prof. Ruopeng An, of the College of Applied Health Sciences at the University of Illinois at Urbana-Champaign, and colleagues calculated just how much these additives are increasing U.S. individuals’ daily calorie intake.

The researchers report their findings in the journal Public Health.

When a person has a lack of energy balance – that is, more calories are consumed than burned – this can lead to overweight and obesity.

In relation to coffee and tea, the Dietary Guidelines state that the beverages can be consumed as part of a healthful diet, but that additional calories from additives should be accounted for.

For their study, Prof. An and team set out to determine the nutritional implications of additives in tea and coffee, given that they are two of the most commonly consumed beverages in the U.S.

“Unlike other popular beverages, including alcohol and other sweetened beverages that are typically consumed in isolation, many people prefer drinking coffee and tea with add-ins like sugar and cream,” the authors note.

“These add-in items are often dense in energy and fat but low in nutritional value,” they add.

Among coffee drinkers, the data revealed that 67.5 percent consume coffee with add-ins, while 33.4 percent of tea drinkers consume their beverage with add-ins.

The researchers then looked at how many extra calories these add-ins account for each day.

Compared with adults who drank black coffee, the team found that those who put sweeteners, cream, and other additives in their coffee consumed an average of 69 extra calories daily. Around 60 percent of these calories came from sugar, Prof. An notes, while the majority of the remaining calories came from fat.

Among tea drinkers, individuals who put additives in their beverage consumed an average of 43 extra calories daily, compared with those who did not put add-ins in their tea. Almost 85 percent of the calories from add-ins came from sugar, the team reports.

While the researchers admit that the number of extra calories from additives in tea and coffee is small, if consumed every day, they can easily add up and contribute to weight gain.

“Our findings indicate that a lot of coffee and tea drinkers regularly use caloric add-ins to improve the flavor of their beverages, but possibly without fully realizing or taking into consideration its caloric and nutritional implications.”