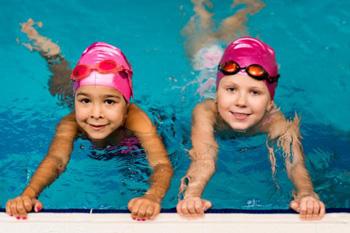 The ability of exercise to protect against depression in adults and young people is well studied. However, whether it has such an effect in children is unknown. Now, a new study from Norway suggests that children who undertake moderate to vigorous activity – the type that leaves them breathless and sweaty – are less likely to develop symptoms of depression.

The researchers – from the Norwegian University of Science and Technology (NTNU) and NTNU Social Research, both in Trondheim, Norway – report their findings in the journalPediatrics.

It may be surprising to learn that children can have depression as well as adults. Estimates suggest that, at any given time, around 5 percent of children and adolescents have depression.

Children with learning, conduct,anxiety, or attentional disorders have a higher risk of depression, as do children understress or who experience loss, or whose family has a history of depression.

Symptoms of depression in children are not necessarily the same as those observed in adults.

Symptoms can include (but are not limited to):

The new study is part of a project called Tidlig Trygg i Trondheim that is following the development and mental health of children born in Trondheim.

Researchers looked at data obtained from following hundreds of children over the course of 4 years in order to search for links between physical activity and symptoms of depression.

‘A way to prevent or treat depression already in childhood’

The data covered almost 800 children aged 6 at the start of the study. From follow-up examinations, the team also obtained data on 700 of the children when they were aged 8 and 10.

Measures of physical activity came from accelerometers that the children were asked to wear around their waists for 24 hours a day for 7 consecutive days, and only remove them when bathing or showering.

Measures of the children’s mental health were assessed from structured interviews conducted with parents.

The team found that children who were physically active at age 6 and 8 years were less likely to have symptoms of depression 2 years later.

“This is important to know, because it may suggest that physical activity can be used to prevent and treat depression already in childhood,” says study author Silje Steinsbekk, associate professor in the department of psychology at NTNU.

“We also studied whether children who have symptoms of depression are less physically active over time, but didn’t find that to be the case,” she adds.

Moderate to vigorous physical activity is defined as activity that is intense enough to make the person sweat and get out of breath.

Although the researchers did not examine the mechanisms through which moderate to vigorous physical activity might lower risk of depression, they cite a number of reasons that have been proposed in other investigations, including:

There is also evidence to suggest that “roughhousing” or “horseplay” can contribute to children’s emotional and social development.

The authors note that while their study only found a small effect of physical activity on lower risk of depression, it was similar in size to “those obtained by psychosocial intervention programs in children and adolescents.”

Given that nearly all children can be targeted by efforts to increase their amount of moderate to vigorous physical activity, “the gains at the population level might be substantial,” they note.

Researchers also suggest that there is now a need for randomized studies to test these findings and show whether increasing physical activity protects against depression.

Such studies are more robust than observational studies that follow a group, because they compare the effect of increasing physical activity in one group against the effect of not increasing it in another matched group – rather like testing the effects of a drug in a clinical trial.

“Being active, getting sweaty and roughhousing offer more than just physical health benefits. They also protect against depression.”