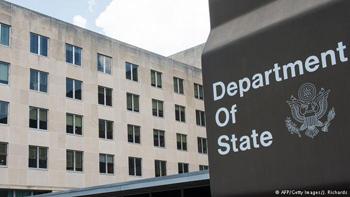 American diplomats around the world have added their signatures to a memo criticizing President Donald Trump’s travel ban. However, an opinion poll found that Americans are sharply split over the measure.

Hundreds of state department officials in Washington, DC, and in embassies and consulates scattered across the globe had signed the internal dissent memo by Tuesday evening. News agency Reuters reported the number of signatories could be as high as 900.

The document lambasted Trump’s executive order that bans citizens from Iran, Iraq, Yemen, Somalia, Sudan, Syria and Libya from entering the United States, while also suspending the US refugee program for 120 days.

“This ban does not achieve its aims [of making the country safer] – and will likely be counterproductive,” the memo stated. “Moreover, such a policy runs counter to core American values of non-discrimination, fair play, and extending a warm welcome to foreign visitors and immigrants.”

“We are better than this ban,” the memo also read.

Word of the dissent memo leaked over the weekend, prompting White House spokesperson Sean Spicer to warn on Monday that career diplomats should either “get with the program or they can go.”

Signatories to the so-called ‘dissent channel cable’ should be protected by law from retaliation.

The dissent memo was created during the Vietnam War to allow US diplomats to express their disagreement with the US administration on major policy, which they are publically obligated to support and enforce as US civil servants.

Americans divided over the ban

The travel ban dissent memo is thought to be one of the most well-supported statements since the mechanism was first established.

However, only 32 percent of Americans feel “more safe” because of the ban.

A majority of Americans agreed on one point, however: 56 percent believe that the United States should not give preference to Christian refugees over Muslim ones.