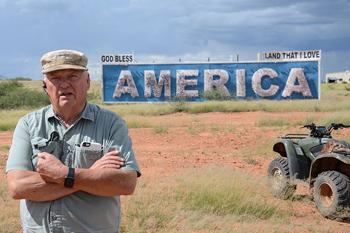 In their own words: BBC Capital readers share their reasons for leaving America now

When Donald Trump won the US election on 8 November last year, Americans who voted for him rejoiced. Others were ambivalent. And still others expressed alarm. But some were so concerned that they began considering their options for leaving the US altogether.

Following one of the most divisive US elections in recent history, following on the heels of the similarly divisive vote for Brexit in the UK, we asked if people were making plans to leave the country because of the uncertainty and political climate. Our question was met with hundreds of compelling, sometimes polarising and often worried responses. These are some of the stories our readers told and reasons they gave for leaving, or postponing a move home.

It’s easier for some people  to leave the US than it is for others. Some said they were looking into dual citizenship status or ancestry that might help secure it.

“On November 9th I met with a lawyer and began the process of applying for residency in Spain. My wife is an EU citizen and I don’t foresee our family returning to the US,” wrote Jonathan Allen.  “It breaks my heart.”

I leave the US with a heavy heart and complete disgust. I am ashamed of the country I once served

Marie-Denise Jolie has firm and imminent plans. “Moving to Canada on 8 Feb 2016. I am born and raised in [the] US, even served in [the] US Army, but have dual citizenship because one parent is Canadian. I never expected to move to Canada but I just can not stay here and I doubt I will be back other than short visits.

“I leave the US with a heavy heart and complete disgust. I am ashamed of the country I once served.”

Fear of losing a way of life

“We are a gay couple, and had been planning on a wedding in June,” wrote Jim Brunk. But instead, the couple planned to file their marriage license in late January. “My partner is HIV positive and Jewish. Three strikes against us here in the newly forming Republic.

“Not sure where we will end up, perhaps Canada. I am Mennonite and will be contacting Mennonite Central Committee to see how they can help us gain entry into Canada.”

For Phil Morel, leaving is under serious consideration: “My wife is Mexican, I hold an EU passport. We both feel very disenfranchised from the bigotry, inflammatory language and dangerous positions taken, even if we do live in California.”

I teach overseas and due to the political climate, I have no intention on returning

Alexa Tenjou was blunt and circumspect: “I teach overseas and due to the political climate, I have no intention on returning,” she wrote. “As a black American and a woman, things are decidedly stacked against me.”

Catherine Hannan sees so much turmoil ahead that she and her partner are making plans to leave before it’s too hard to leave the country. “We live in a rural area where people are already starting to regret voting for Trump. We tried to warn them but they were blinded by their religious convictions,” wrote Hannan, who says she stands out in her community because she’s originally from California, which she says is a more progressive state. “We are semi-retired, collect social security and pension but don’t know if that will be available for long under Trump.

“We are leaving everything behind including our livestock…We see the changes coming and know it’s only a matter of time before there will be a mass exodus.”

Out of sight, not coming back

For some, temporary moves abroad are turning into permanent or long-term stays, changing plans of returning to America.

“I’m a US citizen living in the UK. Originally, I had plans of returning to the US once I finished my master’s degree this past December. Once Trump won the election, I postponed my move,” wrote Angelina Velarde. “Luckily for me, my husband is a British citizen. Due to this, I’m on a spousal visa that’s valid for 2.5 years.”

Emily Ann Granger moved to Sydney in December, having decided to do so earlier in 2016.  “My partner is an Australian citizen and we had contemplated his move to the US, but are so glad we made the right decision [to leave the US for Australia] given everything that is happening and yet to happen back home.”

But while the decision to move abroad might be easy for some, for others, personal constraints make leaving the US practically impossible.

John Lebsack wrote: “If I could [leave], I would. Age and a grandchild keep me here.”

For Jeanne Dross, age and available healthcare have limited her options.

In the few places we are considered acceptable, the cost of health insurance is such that we cannot afford to leave

“I am a retired person, as are many of my friends: the point system generally disqualifies us in almost all European countries, Australia, and New Zealand,” she wrote. “In the few places we are considered acceptable, such as Portugal, Bulgaria, Costa Rica, and Panama, the cost of health insurance is such that we cannot afford to leave because, though we have paid Medicare [taxes] for decades, coverage stops when we cross the border.”

And, of course, plenty insisted staying is more valuable than leaving.

Simon Derry, for instance, worried the leavers would contribute more to the problems by going.  “It seems rather sad that the people who might be most affected by [Trump’s] policies (urban poor, minorities etc) cannot afford to move and don’t have the skills and qualifications to make them internationally ‘portable’,” he wrote. “There seem to be many really fantastic people [planning to leave] who are exactly the people that the USA needs to help those who might suffer. Understandable, but a shame.”