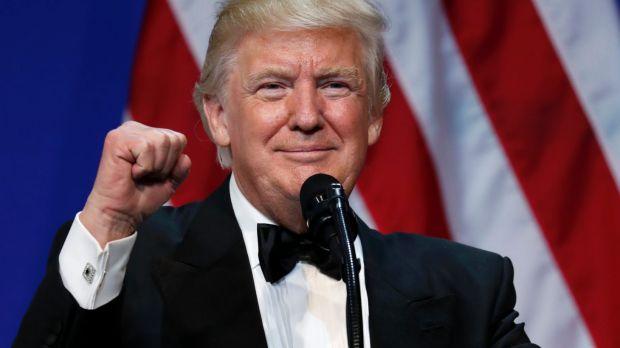 Rural Georgia is firmly behind President Trump. But many are also calling for care and compassion, drawing on values learned from the pulpit and community.

SWORDS, GA. —When Janet Willis saw thousands of protesters descending on Hartsfield-Jackson International Airport in Atlanta to protest President Trump’s executive order on immigration, her first thought was not to drop everything and join them.

The retirement-age proprietor of Buckhead Bait & Tackle notes that she’s in the store baking biscuits at 3:30 a.m. and doesn’t go home until six at night.

So when asked how Mr. Trump is doing so far, Ms. Willis says he is “doing a great job.”

Towns like Swords, Buckhead, and Rutledge – dotted with hay fields, tin-roofed barns, and sawmills – seem as far away from chaotic airport scenes as one can get. Residents like Willis say they are the “forgotten America” to which Trump gave voice.

But here in the Bible Belt, even among strong support for Trump, there is a thread of concern, particularly over the actions targeting refugees and immigrants. Some of the churches here are the ones who send missionaries and aid workers abroad – and welcome the refugees who arrive here. Others preach from the pulpit, as one local sermon did Sunday, of the need for “radical hospitality” – the Biblical imperative to always greet the stranger with warmth.

For Willis, families fleeing political violence in Myanmar have become a common sight here among the dairy farms of central Georgia – and important customers in a town where business is always a little slow.

So partly for that reason, she says, Trump has “to be very careful” on the immigrant question. “We have to be safe. But people who aren’t out to hurt us need to be welcomed, not turned away.”

According to a recent Quinnipiac poll, 48 percent of Americans support “suspending immigration from terror prone regions, even if it means turning away refugees.” The president’s executive order temporarily suspends the United States refugee program and blocks citizens from seven Muslim nations from entering for 90 days. Refugees from Syria are blocked indefinitely.

But from bait shops to Baptist pulpits in a region where Trump got 3 out of every 4 votes, the order has opened up questions about how fundamental American and Christian values fit into the brawling politics of the moment.

“When you talk about individual people, Americans fundamentally want fairness – it’s a fundamental American feeling – which in turn means those stories [of individual immigrants being turned away] have much more impact,” says Barry Hollander, a political scientist at the University of Georgia in nearby Athens.

And at his Roswell, Ga., church on Sunday, the Rev. Eric Lee acknowledged to his parishioners that the “whole concept of being hospitable to strangers can be unnerving, scary.”

But then he wondered: “Are we willing to take risks on behalf of our faith? Because practicing intentional, even radical hospitality toward strangers is inherent to the Christian ethic.”

To some, the lack of protests and angry placards might suggest that the white working class doesn’t wrestle with these values. But that is a misperception, argues Nadine Hubbs, a cultural historian at the University of Michigan in Ann Arbor.

“White working class politics don’t really fit into red and blue, conservative and liberal, but they really can be described more in terms of … what is good for their community and their family, and also what’s fair and what’s moral,” says Professor Hubbs, author of “Rednecks, Queers, and Country Music,” citing her findings from interviews in and around Detroit.

Ronnie Ricks, a Trump voter, says policies that welcome foreigners at the expense of Americans have gone too far, which is why he welcomes the ban.

“I lost my 36-year job to Mexico, and that is a sinking feeling if ever there was one,” he says. “So, I’m glad somebody is finally [reversing] policies that are threatening our communities.”

When asked about the Bible’s admonition to welcome the stranger as a friend, Mr. Ricks becomes slightly offended. But he quickly calms down, noting that “the Bible also says to build walls.”

Still, he acknowledges that America can’t be in the business of broad-brushing people by religion. “We can’t do it based on belief, I agree with that,” he says.

Trump says his ban is not based on religion. Many critics disagree.

For rural Georgians like Ricks, such statement is not theoretical. Nearby Clarkston, Ga., has been called the Ellis Island of the South for its high number of refugees. The population of 7,500 speaks more than 60 languages.

At a friendly rural trading post in Swords that used to be known as Kristie’s Korner, the new owner says Trump is right to tighten national security, even if it causes hardship for some.

The shop is now called Sandhu Food Mart and the owner is Suberjaat Kaur, who was born in India and gained her American citizenship just days after the election.

“Everybody in this area likes Trump, it’s true,” she says. “I like Trump, too. I wish him well on protecting the country.”