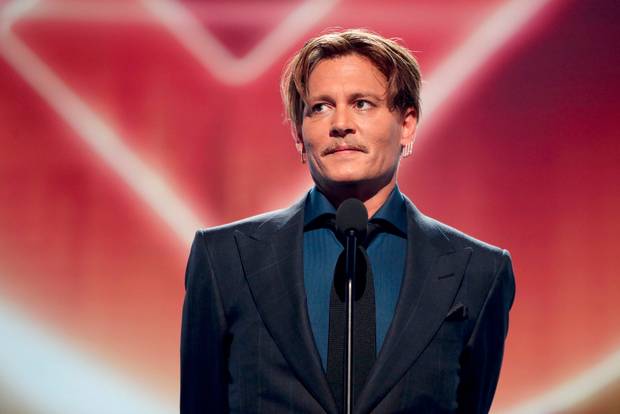 The Pirates of the Caribbean star, who is believed to has been accused of spending beyond his means by bosses at The Management Group (TMG), who Depp sued earlier this month for allegedly mishandling his finances.

According to The Hollywood Reporter, the star claims the company collected $28 million in fees that he never agreed to, repeatedly failed to file his taxes in a timely manner and loaned roughly $10 million of his money without being authorised to do so.

TMG executives have responded to the allegations by maintaining they did all they could to manage Depp’s money and routinely raised caution with him when it came to his spending habits.

A complaint filed on Tuesday by company heads Joel and Robert Mandel lists a string of costly purchases made by the actor, including a $75 million payout toward 14 homes, including a French chateau and his own island in the Bahamas, and a 150-foot yacht which cost $18 million, not including annual maintenance.

They also accuse the film star of spending a whopping $30,000 on wine each month in addition to an extensive Hollywood memorabilia collection which requires 12 storage facilities to properly conserve.

“Depp lived an ultra-extravagant lifestyle that often knowingly cost Depp in excess of $2 million per month to maintain, which he simply could not afford,” attorney Michael Kump states in the claim.

“Depp, and Depp alone, is fully responsible for any financial turmoil he finds himself in today.

“Depp also paid over $3 million to blast from a specially-made cannon the ashes of author Hunter Thompson over Aspen, Colorado. Depp is responsible for his own financial waste.”

The Oscar nominee was recently at the centre of a high-profile legal battle with his ex-wife Amber Heard, who he has agreed to pay $7 million following their split last year.

The company was responsible for his personal finances from 1999 to 2016, where he estimated to have earned $400m thanks to lucrative films like the Pirates of the Caribbean franchise.

As part of his divorce from ex-wife Amber Heard last year, he agreed to pay her $7m but has reportedly not paid it yet.