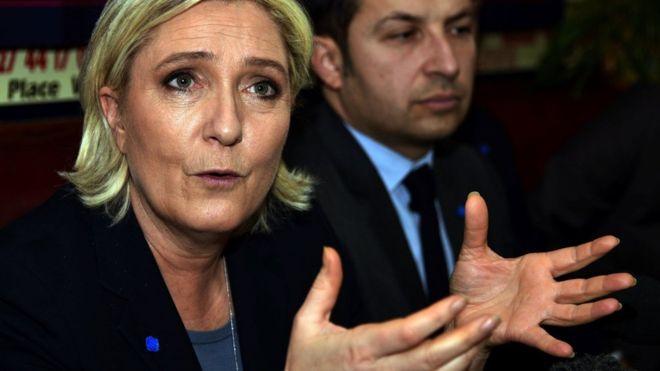 The presidential candidate had until midnight to repay the money, but said she had no intention of doing so.

The parliament says she wrongly used the funds to pay an aide at the National Front’s headquarters in Paris.

She says she is the victim of a politically motivated vendetta.

If Ms Le Pen does not repay the money, the parliament says it will retain half her salary as an MEP and she will also lose other allowances.

Ms Le Pen is one of the front-runners in the French presidential election to be held in April and May.

Polls suggest that she will make it to the run-off where she is likely to face conservative candidate Francois Fillon or centrist Emmanuel Macron.

“I will not submit to the persecution, a unilateral decision taken by political opponents… without proof and without waiting for a judgement from the court action I have started,” she told Reuters news agency on Tuesday.

The money the European Parliament wants returned was used to pay the salary of Catherine Griset, a close friend of Ms Le Pen as well as her cabinet director.

The funds were conditional on Ms Griset spending most of her working time in Brussels or Strasbourg.

However, the parliament says most of her time was instead spent working in the National Front’s headquarters in Paris.