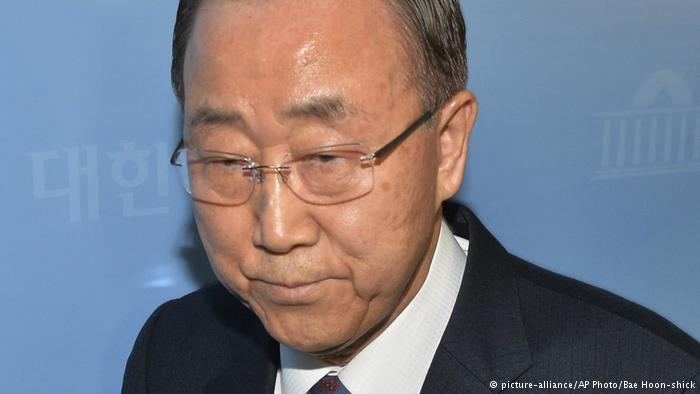 After provocations from President Donald Trump, Mexican President Enrique Pena Nieto canceled a scheduled US visit. Although people in Mexico have shown support for the move, the mood in the country is bad.

“Many Mexicans are scared,” says Mexican political scientist Carlos Perez Ricart, who is currently researching at the Free University of Berlin’s Institute of Latin American Studies. Businesses, citizens with relatives in the United States, and not least, the middle-class, all of whom who have had more influence on the county’s economy than anyone else until now, are worried about President Donald Trump’s threats of punitive tariffs, tighter border controls and higher import taxe

“Right now many Mexicans are looking closely at the US,” says Perez Ricart. “That has led many to ignore Mexico’s domestic problems and look instead to the external enemy.” The result has been an increasingly nationalist sentiment. Currently, profile images featuring the Mexican flag or other national symbols are very popular on social networks.

Still, none of that can hide the country’s deeper problems. Not only do drug cartels still control much of the country, its government has also been involved in a number of corruption scandals. These are things that Mexican President Enrique Pena Nieto and his Institutional Revolutionary Party (PRI) had wanted to tackle.

“Mexicans don’t see any structural improvements, instead life has just gotten worse for them,” says Mexican political scientist Luicy Pedroza of the Hamburg-based German Institute of Global and Area Studies (GIGA). “The promised reforms were poorly enacted, both in the energy sector and the business sector,” she says. Recent polls show that just 12 percent of Mexicans approve of their president.

But Pena Nieto intends to stick to his plan – part of which is the deregulation of fuel pricing. The next phase of the plan is to be introduced in February. Total deregulation is to be complete in 2018. Until now, gas prices have been set by the finance ministry.

The measures could not have come at a worse time for Mexico: The peso is at a historic low, and global oil prices are on the rise. The liberalization means that not only do Mexicans have to pay more for gasoline, but they have had to pay higher electricity prices since the beginning of the year as well. Other everyday items have also gotten more expensive due to inflation.

People are so angry that even around the time of Trump’s inauguration – when hundreds of thousands of people around the world took to the streets to protest the new US president – Mexicans didn’t protest the man that so often insulted them publicly. Instead, they demonstrated against Pena Nieto. Many even accused him of being partially responsible for Trump getting elected.

Pena Nieto was the only international leader to extend Trump an invitation to visit during his candidacy. Pena Nieto invited Trump to Mexico City despite the fact that he had repeatedly used strong anti-Mexican rhetoric to drum up support. In fact, he began his presidential bid by defaming Mexicans as “rapists” and “drug dealers,” charges he repeated throughout the campaign.

The day after his Mexico City visit, Trump campaigned in New Mexico, saying: “They’re paying for the wall, they just don’t know it yet.” In an editorial titled “Trump is a problem, Pena Nieto is not the solution,” Mexican journalist Ricardo Raphael wrote that Donald Trump had “used Enrique Pena Nieto as the warm-up act for his show.”

Actually, Pena Nieto should have been able to use the situation with Trump to his own advantage, says political scientist Carlos Perez Ricart: “But the Mexican government lacks strength and confidence.” Pena Nieto, he says, acted far too timidly.

On World AIDS Day, Those Who Fought the 1980s Epidemic Find Striking Differences and Tragic Parallels in COVID-19