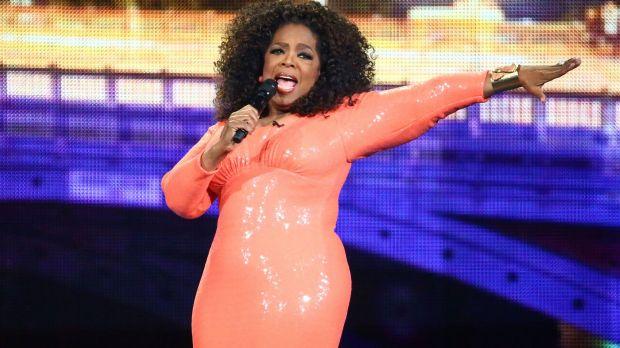 Michael Lallo
​Businesswoman Oprah Winfrey will join the US edition of 60 Minutes as a special contributor, CBS News has announced.

This marks a return to broadcast journalism for Winfrey. In the 1970s, she began her career as a radio and TV newsreader and reporter.

Winfrey’s signing to 60 Minutes coincides with its 50th season.

“At a time when people are so divided, my intention is to bring relevant insight and perspective, to look at what separates us, and help facilitate real conversations between people from different backgrounds.”

She is best known for her top-rating talk program The Oprah Winfrey Show, syndicated from 1986 to 2011.

According to Time magazine: “What she lacks in journalistic toughness, she makes up for in plainspoken curiosity, robust humour and, above all empathy. Guests with sad stories to tell are apt to rouse a tear in Oprah’s eye … They, in turn, often find themselves revealing things they would not imagine telling anyone, much less a national TV audience. It is the talk show as a group therapy session.”

Winfrey’s appeal to 60 Minutes is obvious. She has a track record of securing interviews with an astonishing number of major celebrities and politicians – then coaxing emotional confessions. (Or at least laughter-sprinkled anecdotes.)

But her detractors will be watching closely – not least because 60 Minutes has spent decades exposing quacks and fraudsters. (While shooting itself in the foot occasionally, just like its Australian counterpart.)

Unfortunately, Winfrey has aligned herself with some questionable products over the years.

Her promotion of rubbish “self-help” book The Secret – with its obsessive focus on visualising stuff (jewellery, money, whatever) until the universe delivers it – is a black mark. (Here’s The Secret instructing readers to shun fatties: “Attracting the perfect weight is the same as placing an order with the catalogue of the Universe … if you see people who are overweight, do not observe them, but immediately switch your mind of you in your perfect body.”

Instead of cosy chats with the book’s Australian author Rhonda Byrne, Winfrey should have probed her alleged claims that disaster victims somehow invite their fates.

She also allowed actor Jenny McCarthy to air her incorrect views about vaccines causing autism, without much challenge.

Then there’s Mehmet Oz, a regular guest on her program who wound up with his own show. Winfrey says he’s “America’s doctor”. The LA Times says he’s “done more to foist unproven diet products on the American public than any other celebrity pitchman”.

Of course, a daytime chat show isn’t Four Corners. But the trust viewers have in Winfrey is reflected in the booming sales many products enjoy after she features them. Which is all the more reason to rigorously scrutinise guests and their claims before they appear.

It’s unclear what Winfrey will do on 60 Minutes when she starts later this year.

Let’s just hope she leaves a few of her old habits behind.